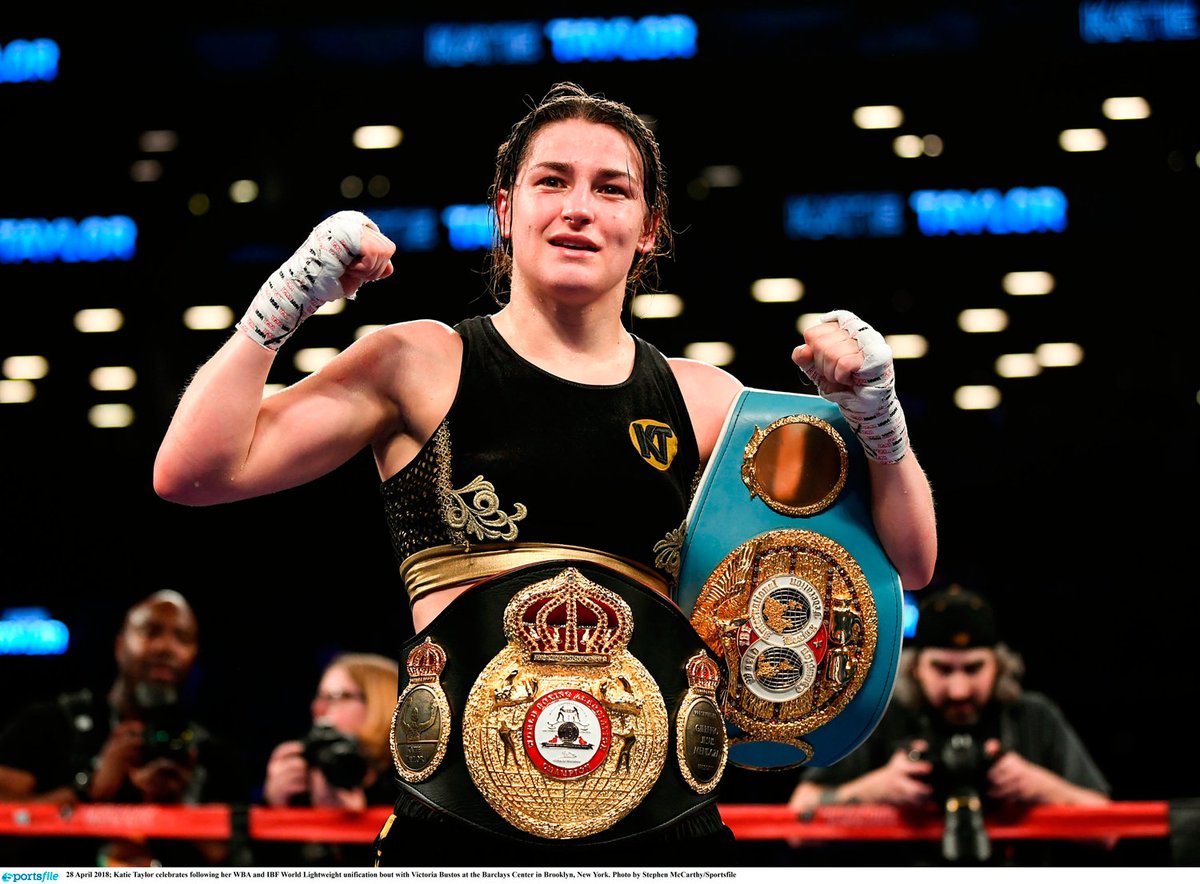 Katie Taylor has her eyes set on WBO belt-holder Rose Volante as she steps up her insatiable quest to become the undisputed champion of the world. The Bray fighter Taylor ground down Victoria Noelia Bustos in New York last weekend to add the IBF title to the WBA  strap she claimed in Cardiff back in March, when dispatching of Argentina’s Anahi Esther Sanchez.

There’s no letting up for the 2012 Olympic gold medallist, who revealed she’ll step back into the ring in July when she hopes to get a crack at 35-year-old Brazilian Volante. 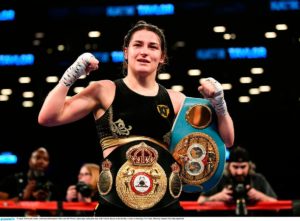 “I’d love to have three fights by the end of this year. The next fight is I think in July sometime, probably in England somewhere.

“We’d love to get the WBO champion (Rose Volante) but whether that fight is going to go ahead or not I’m not sure. There’s obviously a lot of politics involved but that would be our preferred choice. It’s going to be a tough fight whoever it is.”

Taylor joined an illustrious list after her success at the Barclays Centre in Brooklyn, joining Ryan Burnett and Carl Frampton as the only Irish boxers to accomplish the feat of unifying their division.

She’s desperate for a long-mooted homecoming bout in Ireland, though that is unlikely to happen this year.

Should Taylor overcome Volante, WBC belt holder Delfine Persoon (one loss in 40 fights) would be the last hurdle in claiming all four belts, the formidable Belgian arguably presenting the toughest challenge of all.

For now, however, the 31-year-old is happy to savor the comforts of home.

“I was in America for the last three months preparing for that fight. It was a long stint away from home. It’s great to be home… to see family and friends, to be around the nieces and nephews again.

“I’d absolutely love to fight in Ireland. I’m really looking forward to the homecoming at some stage. I think people are excited about it as well but at the moment it’s out of my control. I leave that in the promoter’s hands and the manager’s hands.

“Ideally I would love to fight for those belts within the next year but whether I’m unifying or defending there are mandatory challengers as well that I have to fight.