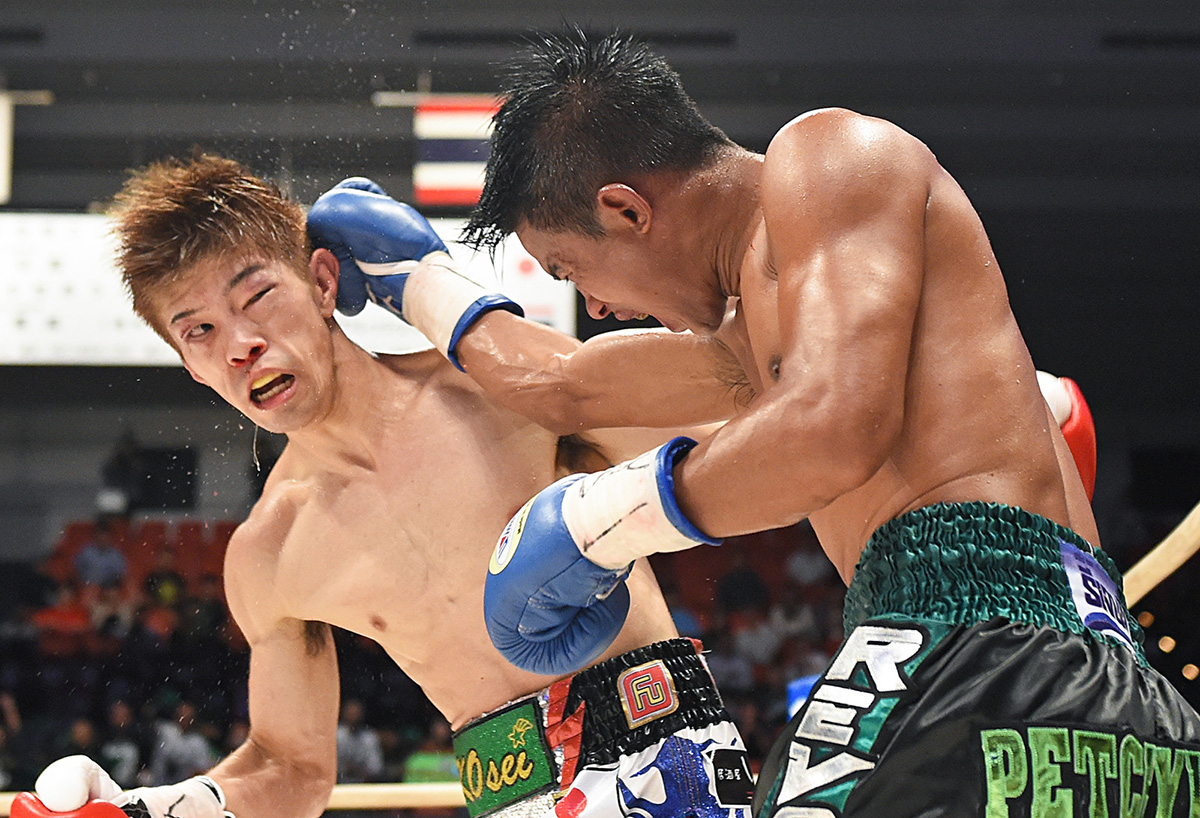 Unbeaten two-class WBO world champ Kosei Tanaka (11-0, 7 KOs), 112, impressively decked also undefeated, #13 Ronnie Baldonado (10-1-1, 7 KOs), 111.5, in round four and finally halted him at 2:26 of the ninth session on Saturday in Nagoya, Japan. Baldonado started out trying to attack Tanaka from the outset. Baldonado was swinging with somewhat wider shots but the two-division champ cleverly averted them and connected with short but more effective counters to the onrushing opponent. 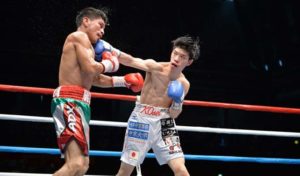 Baldonado, whose de facto manager is Manny Pacquiao of MP Promotions, furiously started attacking Tanaka from the outset, swinging roundhouse solid shots, but the ex-champ, 22, cleverly averted them and connected with short but more effective counters to the onrushing opponent. Having swept the first three rounds with precision, Tanaka badly sent him to the deck in agony with a wicked left hook to the belly, but Baldonado amazingly stood up and came back fighting on.

Tanaka battered his opponent from all angles, but Baldonado made a courageous effort. Tanaka kept control of the fight and was piling up points. The scorecards through eight rounds, all the officials identical at 80-71 for Tanaka. The ninth saw Tanaka pick up the pace and was landing at will when the referee called a stop the contest.

WBO world flyweight champ Sho Kimura was in attendance. A fight between Kimura and Tanaka would be a rather big fight in Japan. Especially with Tanaka attempting to gain his third world title in just his twelfth professional fight.

The Co-Main event saw the promoter/ex-WBC champ Kiyoshi Hatanaka’s son, Kento (5-0, 5 KOs), 112, decked his fifth pro victory by stopping JBC#5 Kenta Matsui (8-8, 1 KO), 112.25, at 2:15 of the fifth round in a scheduled eight. Kento, aggressive all the way, may need more skills to cope with higher ranked compatriots but looks promising at this stage of his career.