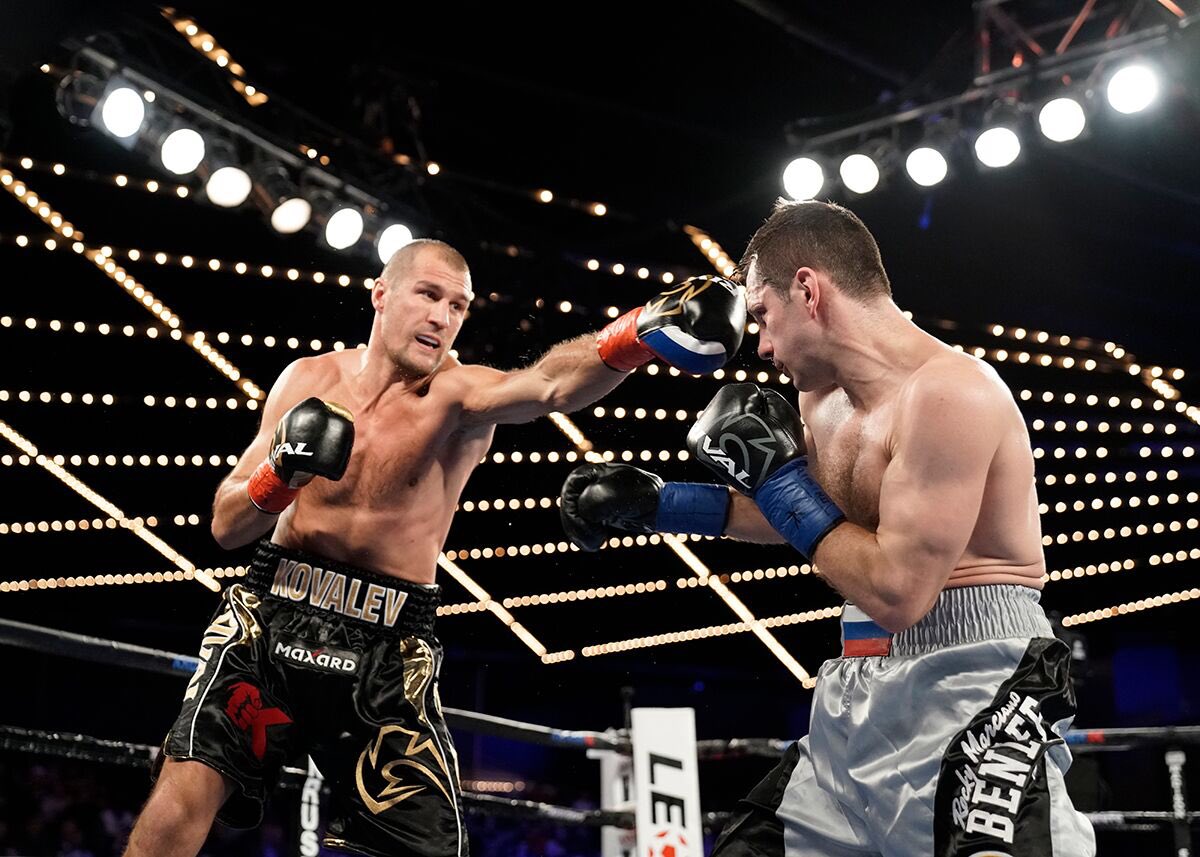 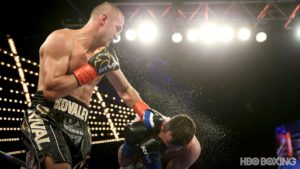 In the main event from The Theater at Madison Square Garden in a twelve round Light Heavyweight bout Sergey Kovalev (32-2,28KOs) defended his WBO title against Igor Mikhalkin (21-2, 9KOs).Kovalev picking his shots, boxing behind his jab in the first round. In round two Kovalev seemed to have found a home for his straight right hand, while Mikhalkin proved to be game coming forward and landing shots of his own. In the third it was Kovalev fighting behind the jab trying to land his power shots. Kovalev landed his right hand at will in the round.Mikhalkin proved to be tough as he kept coming forward but had no answer for Kovalev’s straight right. In round five Kovalev put on the pressure hurting and punishing Mikhalkin, as it looked like the stoppage was just a matter of time. Round six saw Kovalev start putting his left hand into the mix, Mikhalkin to his credit kept coming forward. Mikhalkin was clearly outmatched but kept coming forward, taking some big shots from Kovalev.In the seventh round referee Steve Willis put a stop to the fight due to a cut above Mikhalkin’s eye. The stoppage seemed a bit premature but one can argue the fight was heading that way.It was a successful defense for Kovalev who was in complete control from beginning to end. Who’s next? Stevenson, Bivol? We shall see, but it seems like HBO wants to push Bivol vs Kovalev. After the fight it seemed like Kovalev wants the winner of Stevenson/Jack.