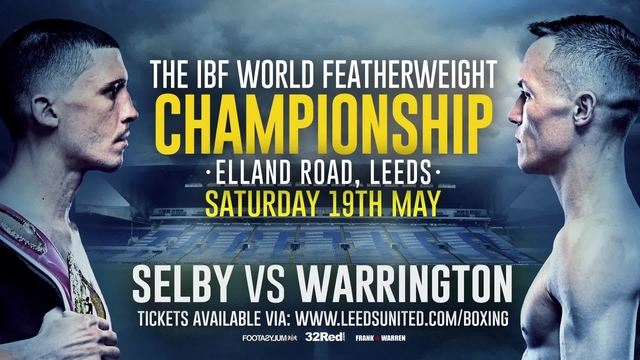 The wait is over as fierce rivals Lee Selby and Josh Warrington finally meet in a much-anticipated grudge match for Selby’s IBF World Featherweight Title at Elland Road on May 19th. The Champion will be making the sixth defense of his belt which he won in 2015 against previously-undefeated Evgeny Gradovich. Selby comprehensively outboxed the Russian and won a technical decision to step into the division’s elite bracket of fighters.

‘Lightning’ Lee made his next defense against former World Champion Fernando Montiel, with the challenger proving to be a tough opponent but ultimately was another fighter left frustrated by Selby’s dazzling boxing ability, losing a unanimous decision to the Welshman. 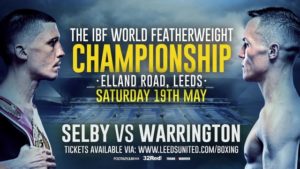 Most recently in December 2017, the 30-year-old outpointed Eduardo Ramirez, who came into the bout full of confidence holding an undefeated record. However, that confidence was short-lived as again the Welshman employed elusive movement and precision punching to claim another unanimous decision win.

‘Leeds Warrior’ Warrington will be hoping that home advantage in front of his his loyal fan base in Leeds, coupled with his relentless style, will secure him a first World Title and put an end to Selby’s Championship reign.

In May 2017, Warrington burst onto the world stage when he took on former World Champion Kiko Martinez. In a gruelling bout, the 27-year-old earned a tough majority decision win over the veteran, with Warrington’s work rate and punch output overwhelming the Spaniard.

Next up in October, Warrington took on a fellow undefeated fighter in the form of Denmark’s Dennis Ceylan. Standing on the edge of glory, Warrington secured a shot at Selby’s crown with an emphatic 10th-round stoppage victory.