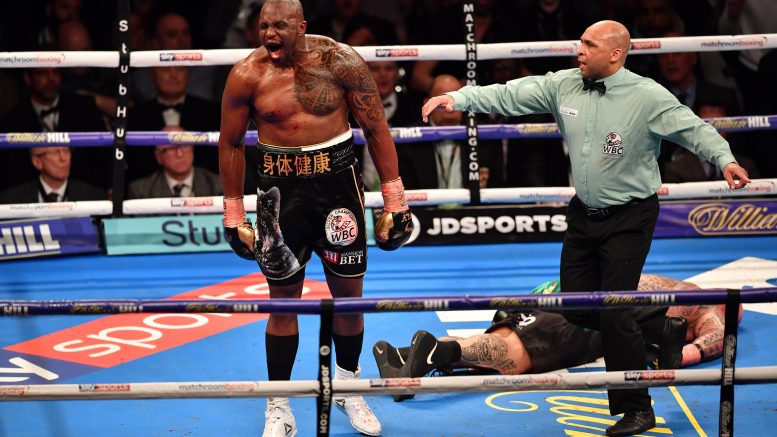 From the O2 Arena in London, England Light Heavyweight Callum Johnson made quick work of Frank Buglioni (21-3-1,15KO’s) when he landed a couple of big right hands to the head. Buglioni was hurt for most of the first round, finally at the 1:31 mark the referee put a halt to the bout giving Johnson a first round TKO victory. With the win Johnson improved to 17-0 with 12KO’s and wins the British Light Heavyweight Title. 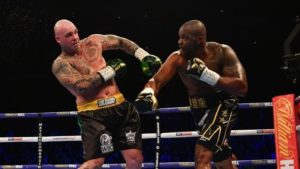 Lightweight Lewis Ritson scores a second round TKO over Scotty Cardle(22-2-1,7KO’s) to retain his British Lightweight Title. Ritson started slow as Cardle seemed to overwhelm him with big power shots that had Ritson a little bit stunned. However, Ritson was able to compose himself and slow the action by using his jab. In the second Ritson came out strong hitting Cardle with big shots forcing Cardle’s corner to throw in the towel. Ritson improved to 15-0 with 12KO’s. An impressive win in a quick barn burner.

There is talk that Chisora could take on 2016 Rio Olympics silver medallist Joyce on the undercard of Haye’s scrap against Tony Bellew on May 5.

But Chisora wants more, goading Haye over the money he could make from the fight – and his haircut.

Del Boy’s offer to the former WBA heavyweight champion was for Haye to give him all the money he makes from the Bellew fight – if he beats Joyce.

Jamie Cox made a successful return to the ring since losing to George Groves when he defeated Harry Matthews (15-26-2,2KO’s) by second round knockout. Looks like Cox will be facing John Ryder next in May.