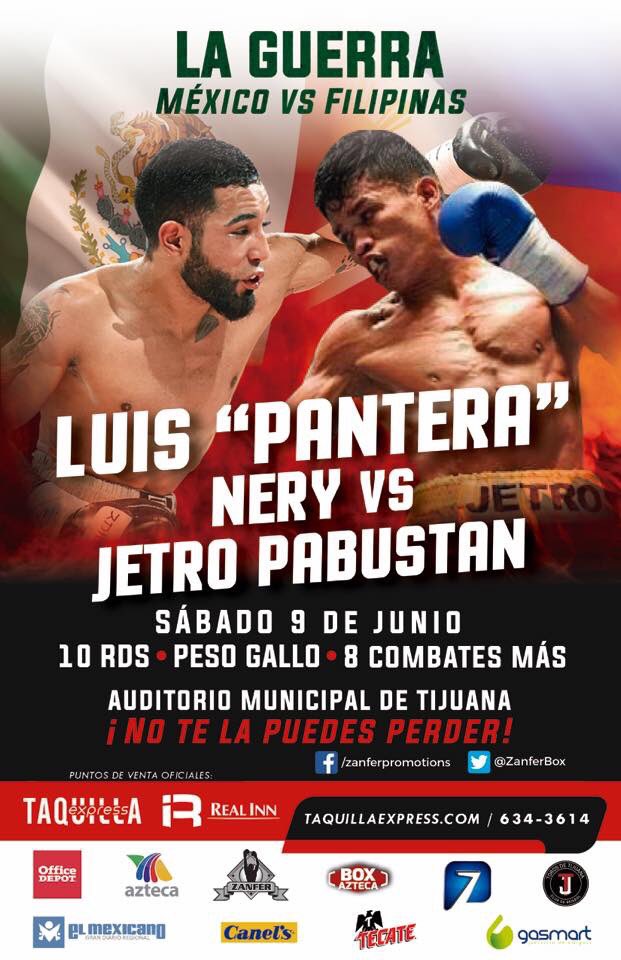 After receiving a warning from the World Boxing Council, Luis “Pantera” Nery has decided to withdraw from his planned return in Tijuana, which was set to take place on June 9. Nery (26-0, 20KO’s) was going to face experienced Filipino Jetro Pabustan (29-5-6, 9KO’s) at the Municipal Auditorium of Tijuana. The contest was going to be broadcast by Azteca 7.

WBC President Mauricio Sulaiman clearly put forward two options to Luis Nery. The first was for him to accept the conditions of the WBC, in order to correct the problems which led him to lose the world title.  Or the second option, was for Nery to ignore the sanctioning body… and pursue his career on a different path.

Nery’s clarified that he would follow any regulation imposed by the WBC.

Nery lost his WBC bantamweight title after blowing the weight limit for his March rematch with Shinsuke Yamanaka in Japan. The struggle to make weight made little difference, as he blew out Yamanaka in two rounds – which sent the Japanese legend into retirement.

The undefeated 23-year-old did caution a few days ago that he partially injured his left hand after hitting the elbow of a sparring partner, but he was still planning to fight on the June date. After he failed to make weight, Nery met with the WBC and their president Mauricio Sulaiman, and they agreed to work out a resolution – part of which called for Nery to remain suspended.

After being advised that Nery was returning, the sanctioning body issued a statement with a firm warning – that made Nery think twice about going forward with the June event.

Previous articleBoxing: Ex-Mexican President Vicente Fox says Canelo is the BEST in the world
Next articleBoxing: Jeff Horn says that he is not afraid of Crawford