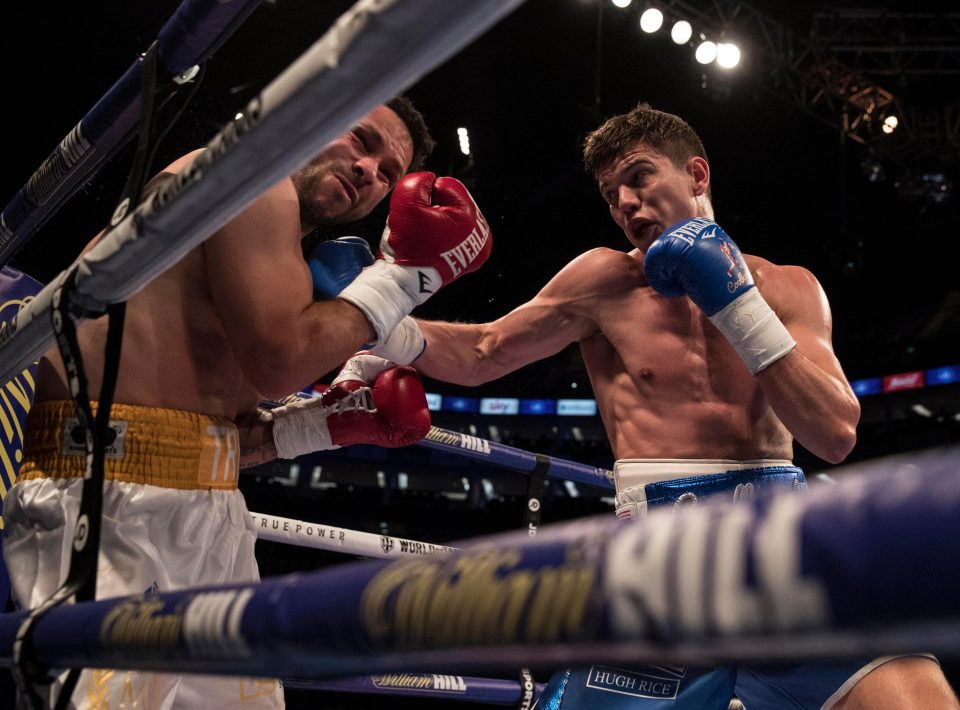 Luke Campbell warmed up for a world title eliminator by stopping Troy James inside five rounds. Luke is due to meet Yvan Mendy, who beat him in 2015, in a final eliminator for the WBC title later this year, but first, he had the opportunity to dust off some cobwebs in London.

James, a former British title challenger, spiritedly tried to match his southpaw foe but Campbell was simply a level above and, in the second, a ferocious left uppercut-right hook combination had the Coventry man down. There was no let-up from the 2012 Olympic gold medallist, who continued to unleash spiteful one-two salvos, and James hit the canvas again in the fourth after a cuffing blow landed around the back of the guard. An outmatched James valiantly fought on but the referee decided he had seen enough in the fifth and halted proceedings. 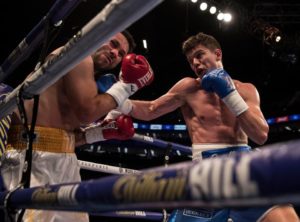 To get him in shape, the Hull star stepped up to welterweight to concede 11lbs to Troy James but it never looked a problem as he stopped his opponent in a fifth of the six-rounder. Campbell looked a foot taller than his squat opponent, especially with his lead right hand wafting high above his head.

Campbell said: “That was exactly what I needed. He needed to be a welterweight to take those shots.

“My No 1 fight is against Mendy, unfinished business with big stakes now. I need to clean my record.”

Campbell – who lost to pound-for-pound superstar Jorge Linares in September on a split decision – now wants Mendy, with plenty on the line.

The winner of the final eliminator will become mandatory for the coveted WBC belt which is currently held by pound-for-pound American master Mikey Garcia.

But the free-spirited superstar has not even defended his crown for 15 months meaning Campbell could even fight for that strap next if Garcia is stripped.

“Campbell vs Mendy could be for the full title.”

Previous articleUFC: Kelvin Gastelum thinking about Tyron Woodley rematch if he returns to welterweight
Next articleBoxing: GGG appeals to IBF to rule out Serhiy Derevianchenko as mandatory