Boxing: Manny Pacquiao vs Lucas Matthysse fight in jeopardy of being cancelled 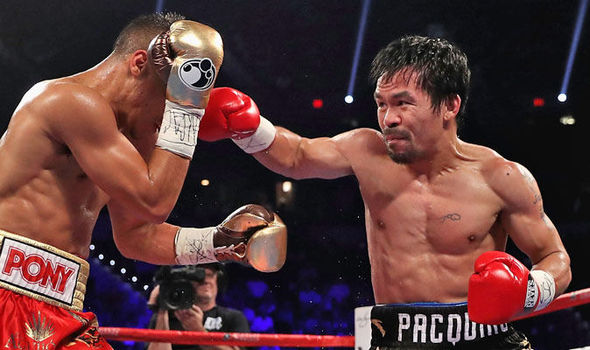 According to multiple reports from Argentina, the July 14th bout between Filipino superstar Manny Pacquiao and WBA “regular” welterweight champion Lucas Matthysse is currently in doubt. The issues – first reported by tycsports.com – is said to be related to the financial aspects of the event. The bout is officially set to take place on July 15th (July 14th America) in Kuala Lumpur, Malaysia. Pacquiao’s company, MP Promotions, is the lead promoter for the event with Matthysse promoter, Golden Boy Promotions, the secondary promoter. 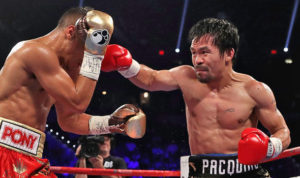 Longtime Pacquiao promoter Bob Arum, who’s in charge of American broadcasting of the fight, along with others have expressed doubts from the beginning that the organizers in Malaysia were able to actually cover the cost of an event this size. It has already been “pushed back” a couple of times already after initially being targeted for June.

Pacquiao hasn’t been in the ring since last year when he lost his WBO welterweight title to Jeff Horn in an upset. He is on record saying how he performs against Matthysse will be a key point in determining how much longer the 39-year-old will continue to fight.