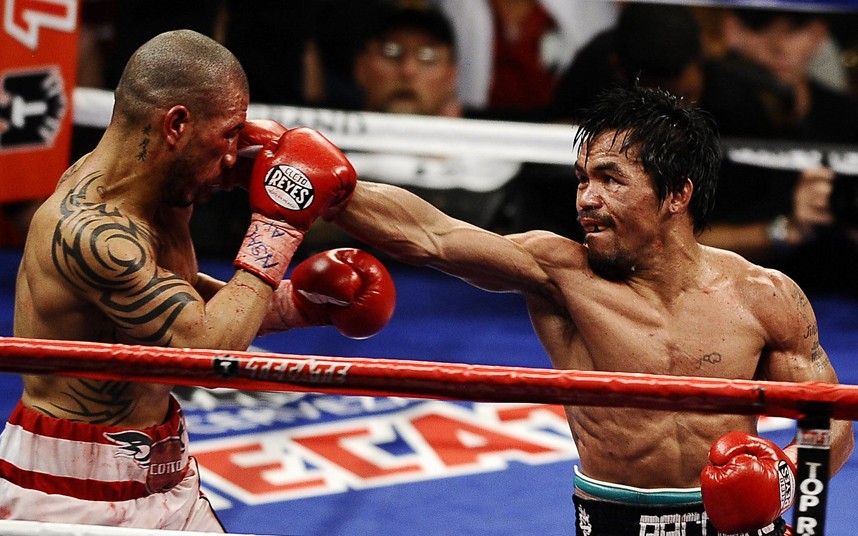 According to a report that surfaced earlier today in Manila, Manny Pacquiao’s next bout has been moved to July 8th. Last week a report circulated that Pacquiao would likely face WBA “Regular” champion Lucas Matthysse on June 24th.

It was reported that the fight between the two would take place in Kuala Lumpur. According to Pacquiao, the bout will remain at the venue for the scheduled 12-rounder. Pacquiao cited the Muslim festival of Ramadan (May 16 to June 14) as a reason for scrapping the June 24 original date. 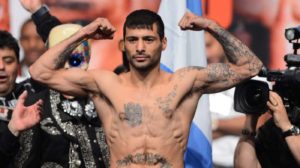 With the two-week postponement, the planned April 4 kickoff press conference will now take place April 11. Matthysse and his promoter, Oscar DeLa Hoya of Golden Boy Promotions, are arriving to drum up exposure for the event according to sources.

Pacquiao’s promoter Bob Arum of Top Rank has a deal with ESPN for his fighters to be shown on ESPN. However, supposedly is no longer with Arum, so it’s unclear which network will televise the Pacquiao vs. Matthysse (39-4, 36 KOs) fight if it takes place. Matthysee’s last fight against Tewa Kiram (38-1, 28 KOs) was televised on HBO Boxing After Dark on January 27 at The Forum in Inglewood, California. Would HBO be interested in televising Pacquiao vs. Matthysse? Pacquiao could be seen by more boxing fans if he faces Matthysse on ESPN. If Pacquiao fights on ESPN, it would suggest that he might still be with Arum after all.

By the time Pacquiao steps back in the ring, he will have been inactive for over a year. His last outing took place on July 2, 2017, in Brisbane, Australia when he lost his WBO title to Jeff Horn.

Drama has been abounding since the announcement of this fight, mainly around Pacquiao’s contractual status with Top Rank, who claim the Filipino fighter is still under contract, while Pacquiao’s team claim that his contract ended with his July 2017 loss to Jeff Horn.