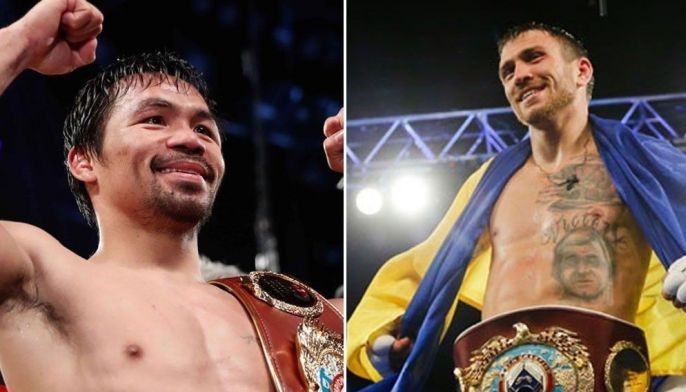 Regarded by many experts as one of the all-time P4P boxers in the history of the sport, Manny ‘Pacman’ Pacquiao, will be making his return to the ring this summer to face WBA (regular) welterweight title holder Lucas Martin Matthysse.

Pacquiao, 39 now, might be at the tail end of his career, but it seems like the hunger for competition is still alive as it was on day one. Pacquiao might have his eyes firmly on Lucas Mathysse for now, but there is one man – the ‘Pacman’ is ready to come back to 135 lbs for – Vasyl ‘Hi-Tech’ Lomachenko. 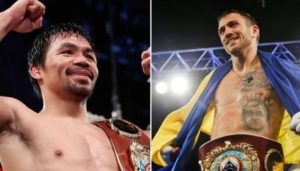 Vasyl Lomachenko, once again this past weekend, put the world in slow-motion while beating Jorge Linares, to win the WBA and The Ring World lightweight titles. Instantly, post-fight rumble started on potential suitors for the current No.2 P4P boxer in the world. Mickey Garcia, Gervonta Davis and Ray Beltran are names that regularly pop up, but Pacquiao seems to have put his name in the mix as well.

Pacquiao had this to say, when asked about a potential matchup between the generational P4P boxers.

“Yes, of course, we are interest in that fight,” Pacquiao exclusively told World Boxing News.

“Vasyl Lomachenko just beat Jorge Linares and he has the lightweight belt now, which means we can fight for a title.”

One hiccup to the potential super-fight could be the weight. While Lomachenko has previously stated he would like a catch-weight fight at 137 lbs, Pacquiao would like to fight for the lightweight titles.

“I could take a fight with Lomachenko at 135, but that would be pushing me to my limits.”

Boxing promoter, Bob Arum had earlier mentioned Pacquiao’s desire to have a crack at Lomachenko – if he beats Lucas Matthysse.

“I think Manny is considered one of the best fighters in the world. But you know, as a fighter gets older, the younger fighters come up and they take their place.

Egis Klimas – Lomachenko’s manager though, has already shot down a fight with the ‘Pacman’, claiming ‘he is an old man’. However, if Pacquiao could turn back time and beat Matthysse, things will start to get interesting.

Previous articleMMA India’s SmackDown Roundup: 15/5/2018
Next articleUFC: UFC Moscow set for September 15, but Khabib Nurmagomedov will not compete in the event