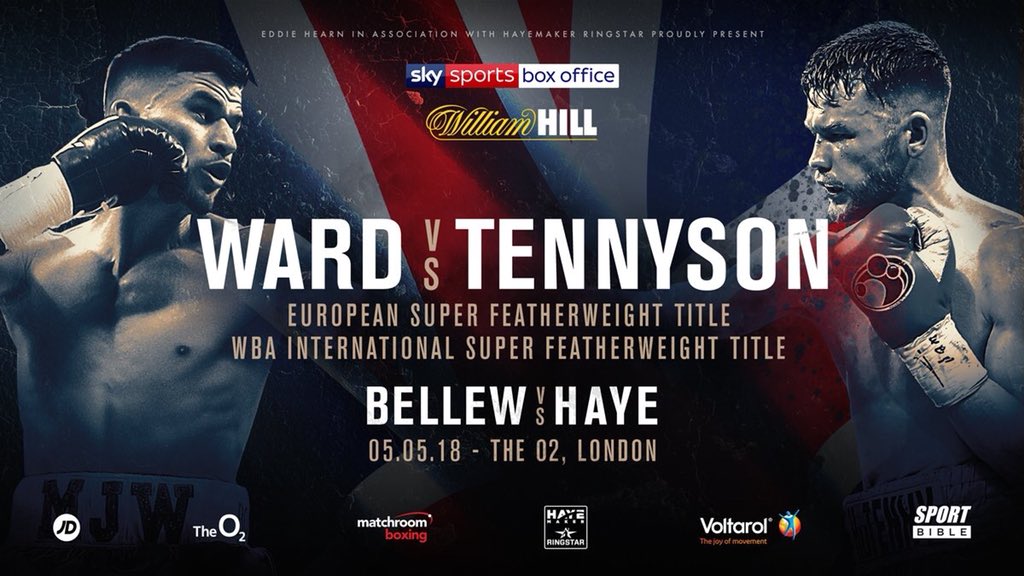 After his superb performance back in December for the vacant European Super-Featherweight title against Juli Giner on the undercard of Katie Taylor-Jessica McCaskill at the mecca of British boxing, York Hall, Martin J Ward has been presented with another challenge, a fight that he may not have needed to take for a first defence of the EBU belt but with huge domestic matchups coming thick and fast, James Tennyson, currently ranked 4th in the WBA standings, gets his shot at Ward’s crown on the Bellew-Haye rematch show on May 5.The 130-pound division has lit up in recent months and with the announcement of Gervonta Davis’ return to the ring to face Jesus Cuellar for the vacant WBA ‘Super’ title, the winner of Ward-Tennyson would certainly work their way further up those rankings and get closer to the prized possession of a world title, with a win. However, before either man has ambitions to move onto world honors, this is certainly a pick’em fight to determine who deserves their pop at the kings of this weight class. 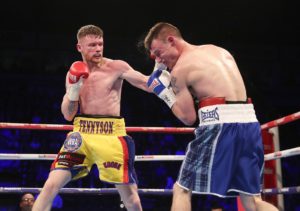 The undefeated Ward (19-0-2) who resides in Essex amongst the thriving Simms stable, comes into this fight, two months out, with bundles of confidence and freshness and is currently in the US working alongside his stablemates, awaiting the news of his next outing. Now that the date has been delivered, Ward will be all guns blazing to show why he is the man to beat domestically even though he has surpassed British level, winning the coveted Lonsdale belt outright, with back to back wins over Ronnie Clarke (who recently upset hot prospect Zelfa Barrett), Maxi Hughes and Anthony Cacace, all of whom had winning records.

Meanwhile, Belfast’s James Tennyson, nicknamed ‘The Assasin’, has suffered defeat at British level, losing to current British Featherweight champion Ryan Walsh. With only one other defeat to his record, that came earlier on in his professional career, Tennyson has racked up some good wins against better opposition, such as picking up the WBA International strap retiring Ryan Doyle, and concussive performances against Darren Traynor and Arnoldo Salono. Momentum is crucial in boxing, and both men are moving in the right direction, beating whoever is put in front of them each time and looking more impressive fight by fight.

Although Ward will be tipped as the favorite to retain his European title, Tennyson will be gasping at a chance to prove himself as a worthy contender at world level and deliver a career-best performance come May 5.