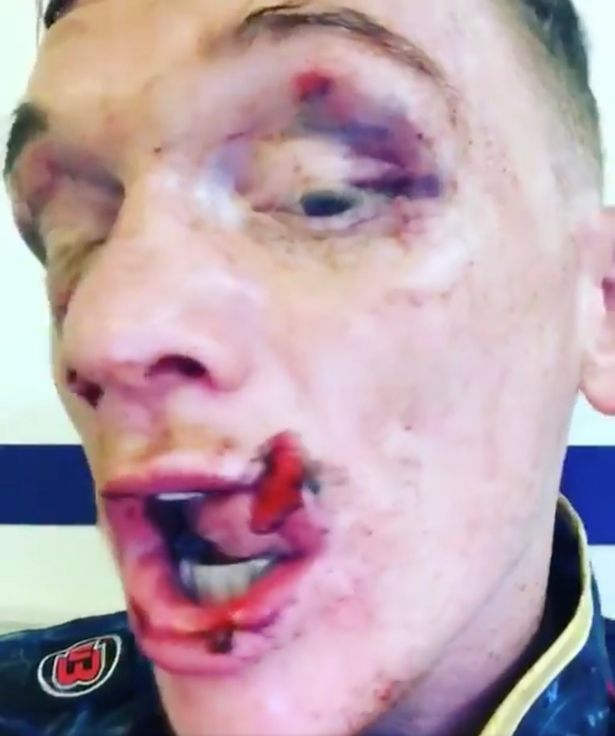 Boxer Mason Cartwright suffered some horrific injuries in his WBO European welterweight title fight last Saturday on the undercard of Josh Warrington and Lee Selby.  Cartwright was rushed off to a nearby Leeds A and E after the Elland Road scrap – where Davina McCall was filming a new ITV series A and E Live. The 25-year-old could not hide his disappointment at the outcome of the fight but insisted he had produced a great performance. 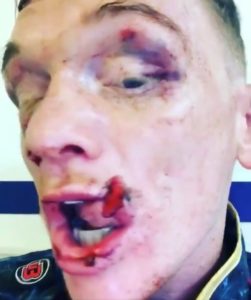 The bout was fought in front of a capacity 25,000 crowd at Elland Road, the home of Leeds United Football Club, on the undercard of the title fight between Lee Selby and Leeds-native Josh Warrington, which Warrington won in gritty fashion.

“Great fight regardless of the unfortunate end congrats to Darren Tetley when I’m all healed how about the rematch?

“I’m fixed let’s go. Woke up a bit gutted from the outcome of last night, but for people who tuned in to the fight seen what I got to offer… We go again!