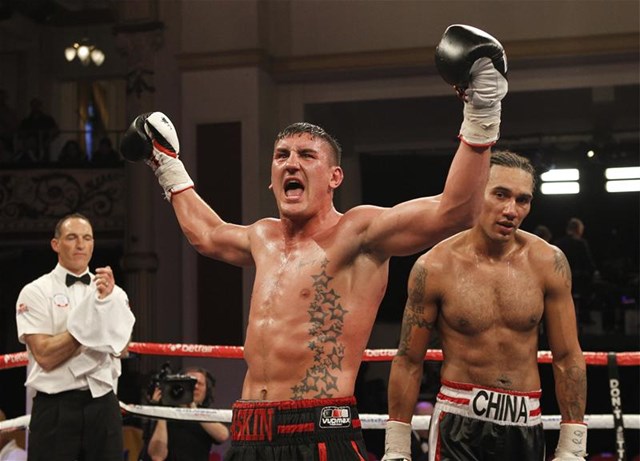 This weekend Matty Askin is defending his British Cruiserweight Title for the very first time against Stephen Simmons. The card takes place at the home of British Boxing, The York Hall, Bethnal Green.Barnsley born, Blackpool resident, and current British Cruiserweight Champion, Matty Askin, is currently in the form of his professional life. His last contest saw him lift the Lonsdale belt after one previous failed attempt. A pro since November 2008, Askin recorded nine straight wins,York Hall

before a breakout win came over decent domestic operator, and also 9-0 at the time, Neil Dawson (TKO6) to pick up the Central Area Cruiserweight Title in Wigan. Three stoppage wins over Argentine, Czech and Hungarian imports bought Askin a shot at the vacant English Title. 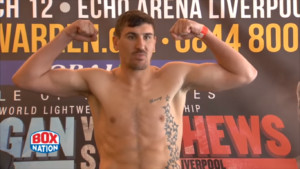 A 2010 Commonwealth Games Bronze Medallist, 33-year-old Edinburgh native, Stephen Simmons gets the first shot at domestic honors this Saturday. Turning professional in March 2011, eight straight wins got Simmons up and running in the pro ranks, picking up the Celtic Title along the way.He then unanimously outpointed the unbeaten David Graf to pick up the WBC Silver International Title and followed this up by stopping Wadi Camacho in the tenth and final round in June 2014. After a marking time win over Courtney Richards in Leeds in October, Simmons tasted defeat for the first time against the rejuvenated Jon Lewis Dickinson, who stopped the Scotsman in eight in Newcastle.

Simmonds rebounded with four straight wins on small hall shows in Glasgow and Edinburgh, before he too took a gamble like Askin did against Glowacki. Simmons traveled to Germany to take on the then 21-0 Noel Gevor and came away on the wrong end of a split decision. This was in October 2016, and Simmons has fought three more times, all in 2017. He defeated two journeymen before, in his last outing, clearly outpointing another common opponent in Simon Barclay to set up his shot at the British Title this weekend.