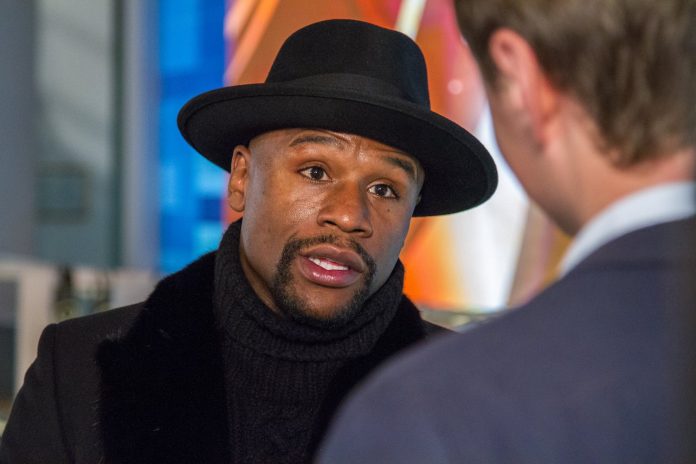 The boxing world is waking up to the news today that there is a very real chance that the Gennady Golovkin vs Canelo Alvarez rematch might not be happening in Las Vegas on May 5th.This followed the NSAC Executive Director Bob Bennett filing a complaint against Alvarez yesterday for his recent positive drug test with a hearing set for April 18th to decide what Canelo’s fate will be.

One of boxing’s most famous fighting sons Floyd Mayweather has now chimed in on the controversial topic.

Floyd Mayweather Jr. insists the fight between Gennady Golovkin and Saul ‘Canelo’ Alvarez should still happen despite the Mexican fighter having tested positive for Clenbuterol.

Mayweather, 41, has stated the fight should still go ahead, even if that means potentially moving the fight from Las Vegas.

It is highly doubtful at this stage that they will though.If it doesn’t go ahead, attention will turn to who can they get in for Golovkin at such late notice.One name that has been mentioned is Demetrius Andrade but whatever happens, fans are going to be left very disappointed if this does not go ahead

Previous articleBoxing: Canelo vs GGG rematch in Jeopardy
Next articleUFC:Kamaru Usman not happy with Dana White’s comments and the way he is promoted.