Boxing: Michael Conlan to have his homecoming fight in June 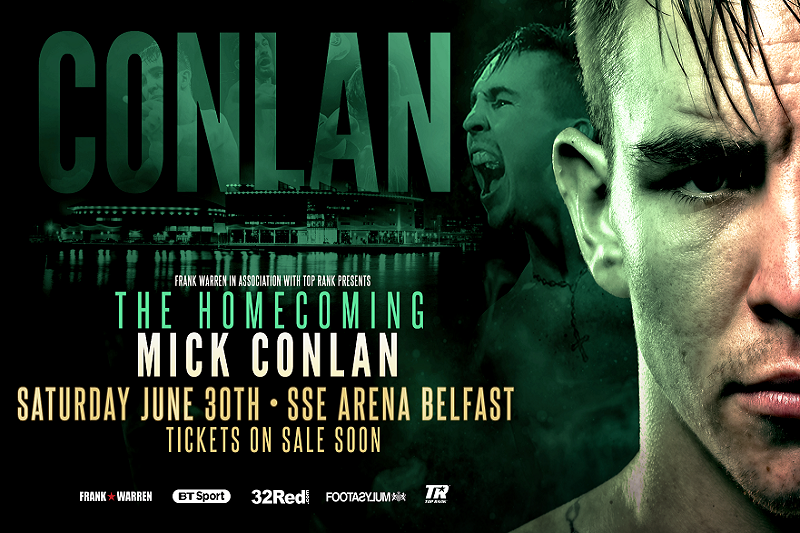 Michael Conlan will fight on Irish soil this year with the 26-year-old set for an official homecoming at the SSE Arena, Belfast on June 30th. Conlan has won his first six fights (5 KOs) since turning pro, under the wing of Top Rank. his seventh bout is against Ibon Larrinaga on May 12. That fight sees the former Olympian return to Madison Square Garden where he had fought on the undercard of the world super-featherweight title match-up between Vasyl Lomachenko and Guillermo Rigondeaux. His last outing was at the same venue on St. Patricks Day. 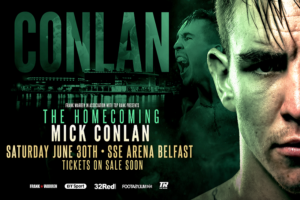 The fight, against an as of yet unnamed opponent, will be promoted by Frank Warren in association with Top Rank and broadcast by BT Sport. It comes in the same week that it is was announced Conlan will have the opportunity to avenge his 2015 Olympics injustice after that infamous quarter-final defeat to Vladimir Nikitin. The42.ie confirmed this week Nikitin has signed with Top Rank and a rematch is expected at some point in the future.

Conlan said: “For me, to be back in Belfast is a dream come true. Once I signed the professional contract in America with Top Rank, one thing I wanted to make sure is that once a year I would fight at home.

“The first year, it hasn’t been doable because I wanted to wait for a really meaningful bout. This time it’ll be something very good and I can’t wait.

“What’s good is that because of what I’ve experienced at Madison Square Garden, I’ll be in control of my emotions. I’ve already fought in front of mass support and it’ll stand me in great stead.

“In some ways, I have to treat it as just another fight. These guys are there to test for me different things. This guy will provide another test – my toughest test – but it’ll be another win for me. It’s a plan and simple task so I just do my job.”

Promoter Frank Warren said: “I’m thrilled to be bringing Irish amateur hero Michael Conlan back to his hometown. The Irish have been desperate to see him in action back home and on June 30 they will get the chance to watch one of the best featherweight prospects in the world in the flesh.

“There is no doubt he has the potential to follow in the footsteps of the likes of Carl Frampton and Wayne McCullough – two of Ireland’s finest. He has made an explosive start to life in the professional code and I’m predicting fireworks from him on his big homecoming.”

Previous articleUFC: Derrick Lewis says he should be cut if the fight with Ngannou goes the distance
Next articleBoxing: Daniel Jacobs vs Maciej Sulecki Preview