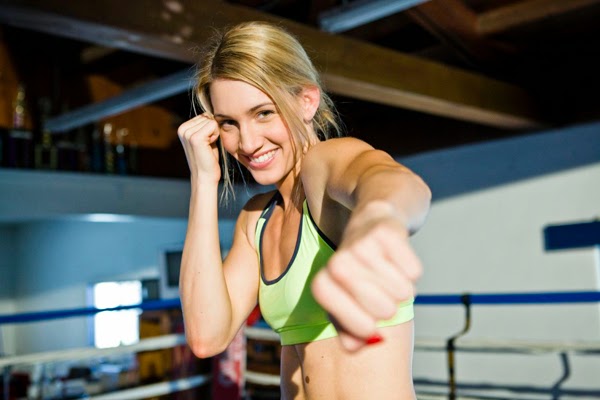 Rio Olympian and currently signed to Top Rank, Mikaela Mayer is ready to take women’s boxing is whole another level. Mikaela Mayer’s vision to become a pioneer in fighting was clouded by some dubious judging in the Rio Olympics. But by aligning with a powerful promoter, she has found her focus once more.

Mayer, raised in Woodland Hills, left the 2016 Summer Games in Rio de Janeiro slightly distraught by scoring that left her on the short end of a narrow majority decision loss to Russia’s Anastasia Belyakova. Later in the competition, a handful of Olympic boxing judges were sent home after two other highly questionable victories by Russian males. 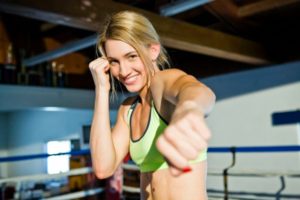 But keeping those dubious memories aside Mikaela Mayer will step into the ring on May 12 under the undercard of Vasyl Lomachenko vs Jorge Linares for the fifth time as she is scheduled to fight Baby Nansen of New Zealand. Mayer turned pro last year and has compiled a perfect record of 4-0(3 KOs) and will be looking to make 5-0 this Saturday which will be Live on ESPN.

Mikaela is preparing for this fight by sparring UFC Bantamweight Raquel Pennington who is also fighting on May 12th on the main event of UFC 224 where she will be facing Amanda Nunes on PPV in Brazil.

It’s safe to assume that Pennington is sparring Mayer to improve her stand up game as she takes on Amanda Nunes who is top tier UFC striker who forced UFC superstar Ronda Rousey into retirement from MMA. It will be interesting to see what strategy Pennington uses in her fight against Amanda Nunes after having a valuable sparring session with a top female Olympian.