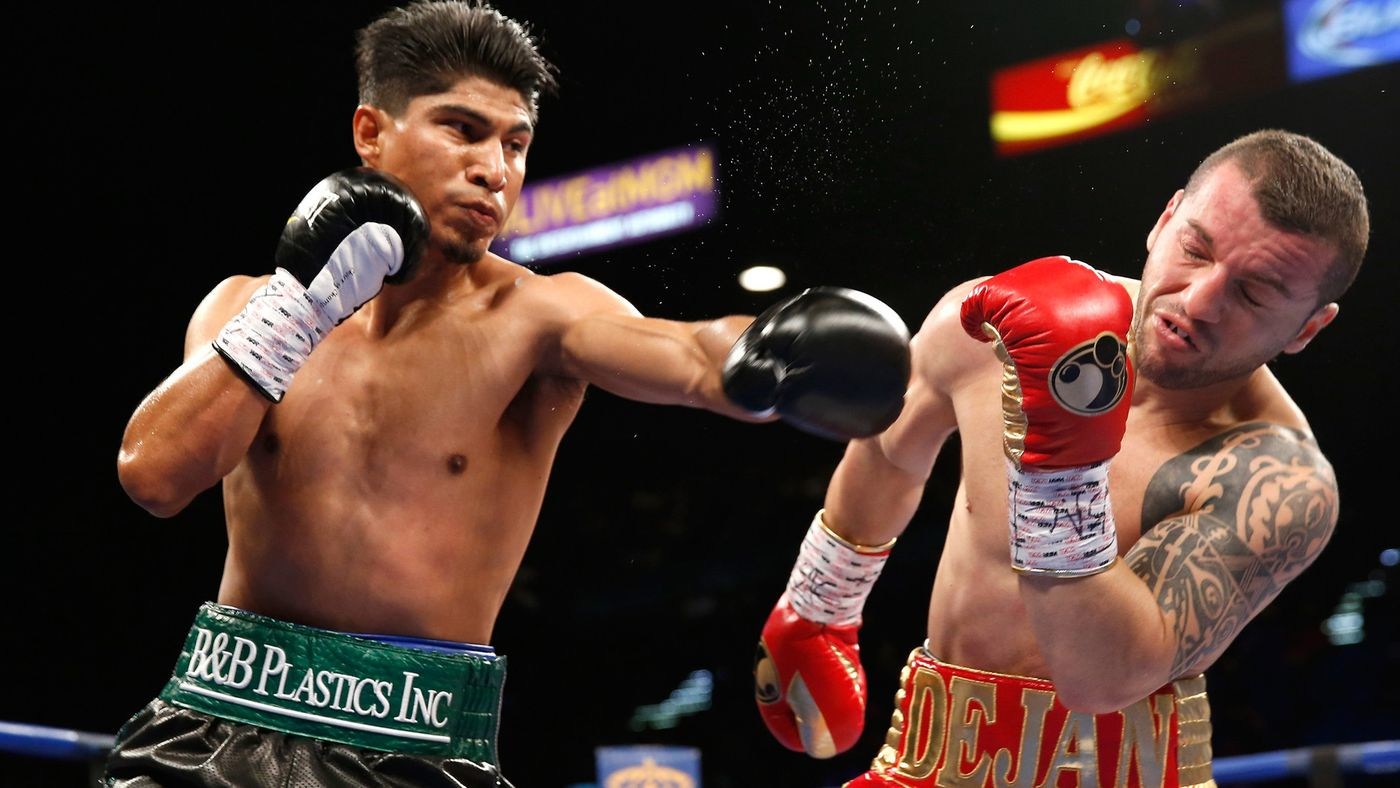 If there’s a hole in Mikey Garcia’s game as a well-rounded boxer, it hasn’t been found yet.Despite being matched against the crafty and smothering Sergey Lipinets on Saturday, Garcia further cemented his status as one of the top 10 pound-for-pound fighters in boxing following an exciting unanimous decision (116-111, 117-110 twice) at Freeman Coliseum in San Antonio.Garcia (38-0, 30 KOs) relied on his poise and craft to capture his fourth world title in as many divisions in a fun and very technical fight for Lipinets’ IBF junior welterweight title.Garcia joins Manny Pacquiao and Juan Manuel Marquez in winning titles at 126, 130, 135 and 140, and he had to use his full arsenal in downing Sergey Lipinets, who was in his face all the way through the Showtime main event, which unfolded in Texas

The challenge Garcia faced was a stiff one in Lipinets (13-1, 10 KOs), as the native of Kazakhstan was tricky when able to close the distance and willing to absorb clean shots in order to throw with Garcia and time him with counter shots.Lipinets, 28, bloodied the nose of Garcia late in Round 1 and did well to keep every round competitive. In fact, Garcia’s ability to rally in the final 30 seconds of many rounds with a flurry of big right hands likely helped him win the swing rounds.After his corner warned him to stay off the ropes amid a mid-fight rally from Lipinets, Garcia created a cushion on the scorecards in Round 7. Both fighters uncorked left hooks at roughly the same time. Despite the fact that Lipinets’ landed first, Garcia’s was much more flush, sending Lipinets down hard to the canvas.

Garcia used his jab as an accurate weapon throughout and responded to the majority of hard punches landed by Lipinets with instant combinations to gain back respect. He went on to outland Lipinets, 169 to 144, according to ShoStats.With the victory, Garcia continues to weigh his options and remains willing to fight anyone between 135 and (eventually) 147 pounds.