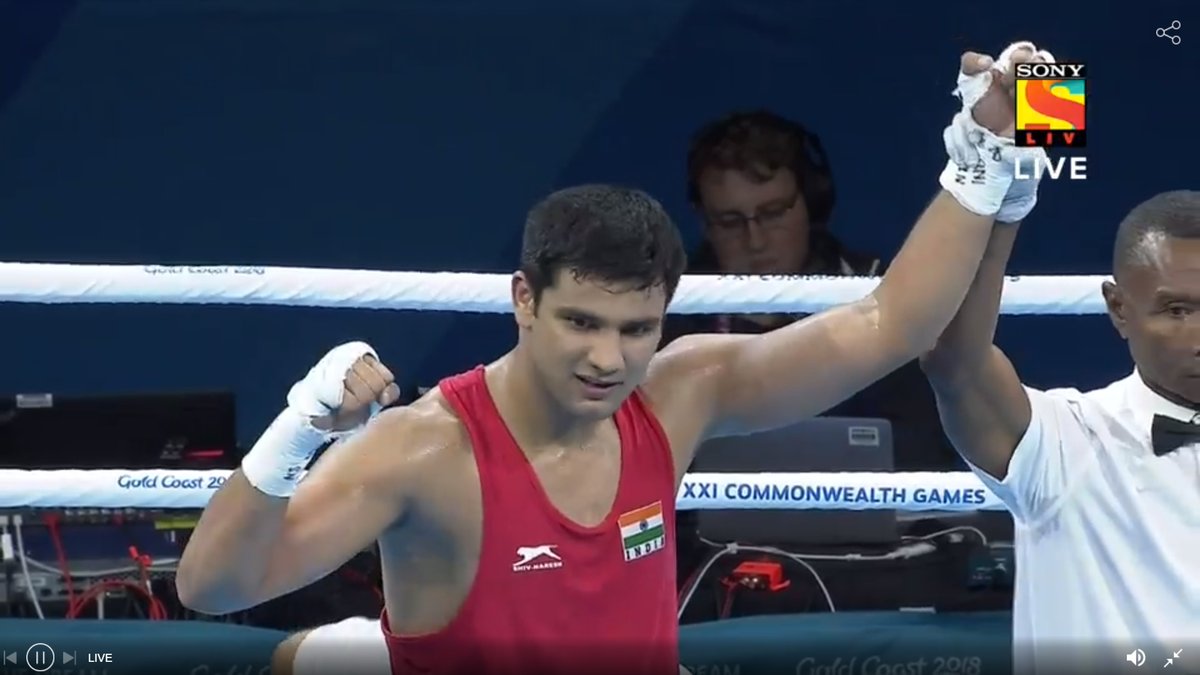 Indian boxer Naman Tanwar started his 2018 Commonwealth Games campaign on a winning note as he registered a convincing victory over Tanzania’s Haruna Mhando in the Men’s 91 kg Category in Gold Coast on Friday. The Indian will next be up against Frank Masoe of Samoa in the quarter-finals.

The 19-year-old Tanwar, making his debut at the Games, is a bronze-medallist from the World Youth Championships. 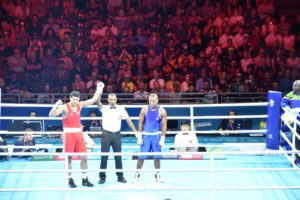 Tanwar dominated right from the start and forced the African into a standing count less than 30 seconds into the opening round with a stinging left hook.

He continued to dominate thereafter, using deft footwork, quick movements, and his superior height to land punches from different angles and keep Mhando under pressure.

He had defeated reigning Asian silver-medallist Sumit Sangwan in the trials to make the squad.

In the evening session, Amit got the better of Ghana’s Tetteh Sulemanu in another one-sided bout that ended in judges ruling unanimously in the Indian’s favor.

Amit is chasing a third successive international gold medal, having claimed top finishes at the India Open and the Strandja Memorial Tournament before coming to Gold Coast.

Earlier, 2010 CWG gold-medallist Manoj Kumar had won his opening bout to enter the pre-quarterfinals of the welterweight 69kg category.