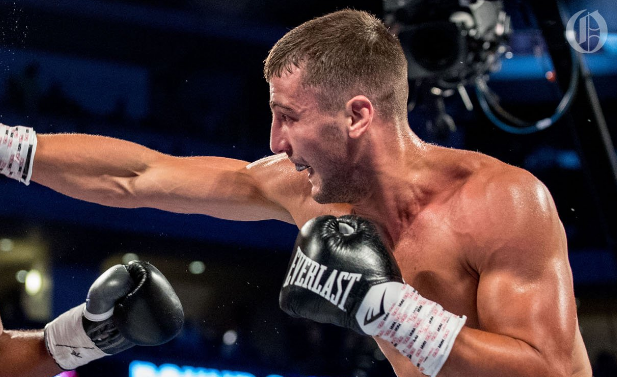 Oleksandr Gvozdyk won the interim WBC light heavyweight title tonight in New York, dominating a 12-round bout with a tough Mehdi Amar, winning on scores of 116-112, 117-111, and 118-110.From The Hulu Theater at Madison Square Garden Oleksandr Gvozdyk (15-0,12KO’s) took on Mehdi Amar (34-6-2,16KO’s) for the Interim WBC Light Heavyweight Title on Top Rank on ESPN. Gvozdyk came out pumping his jab as Amar stood in front of him, from the onset you could see the difference in skills. Gvozdyk was being methodical giving Amar different angles and putting on a lot of mental pressure on Amar. 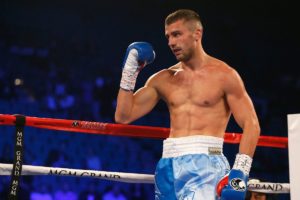 In the fourth round, Gvozdyk hurt Amar with a textbook one, two combinations the pushed Amar to the ropes. By the midway point, Gvozdyk was having his way but Amar kept coming landing a few shots of his own, just not enough to win rounds. Gvozdyk, however, would tend to go straight back and stay squared up in front of Amar which made for a good exchange in the seventh round.

Amar was game throughout but simply didn’t have the power to keep Gvozdyk off him. Gvozdyk for his part must work on some defense as he had way too many lapses in there. Amar showed a tremendous amount of heart as he was taking a beating but never stopped trying. Gvozdyk would go on to get the unanimous decision (117-111,116-112,118-110) to give him the Interim WBC Light Heavyweight Title.

Basically, this puts Gvosdyk in line to face the Winner of Badou Jack vs Adonis Stevenson and a shot at the WBC Light Heavyweight Title which takes place in Montreal, Quebec, Canada on 19th May 2018.

Previous articleUFC: Marcin Held reveals how UFC encouraged him to sign with ACB
Next articleUFC: Fabricio Werdum posts a message on Instagram after Volkov loss