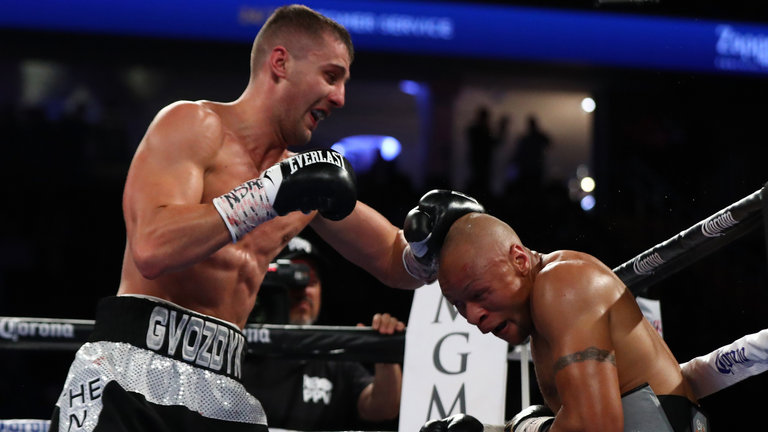 Interim WBC light heavyweight champion Oleksandr Gvozdyk (15-0, 12 ko’s) and his team are ready to push for a title match-up against WBC champion Adonis Stevenson (29-1-1, 24 ko’s). Two months ago Gvozdyk won the interim title, which put him in line to be Stevenson’s next opponent after his title defense against Badou Jack.

Stevenson hasn’t made a mandatory defense since facing Tony Bellew in 2013. Eleider Alvarez had been his mandatory for over two years but step aside agreements kept the fight from ever happening. There have been talks of a possible rematch between Stevenson and Jack, who fought to a draw on May 19 in Toronto and the WBC has said they would consider an exception for the rematch.

Team Gvozdyk don’t want to put themselves in the same position that Alvarez was in and Klimas has said if necessary he would force the issue if the WBC doesn’t order Stevenson vs Gvozdyk next. The WBC has stated previously that the winner of Stevenson vs Jack had 90 days to make a mandatory defense.

It’s worth noting that the Jack title contest was a voluntary defense for Stevenson.  So under the WBC rules, Gvozdyk is the next challenger and it wasn’t too long ago his team launched a complaint to the WBC, expressing concerns about how Alvarez was continuing to step aside while maintaining his mandatory position basically putting a hold on the ranking system.