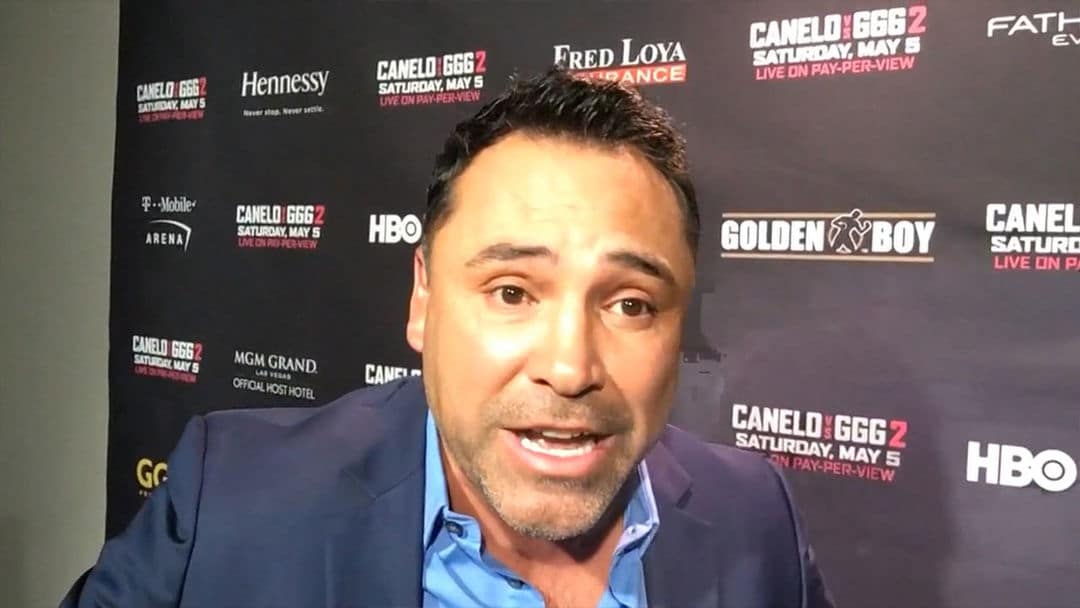 The biggest fight of the year i.e Canelo vs GGG 2 which was scheduled to take place in T-Mobile Arena on Cinco De Mayo weekend due to Canelo testing positive for trace amounts of Clenbuterol was canceled and Canelo Alvarez was suspended by Nevada State Athletic Commission for six months which lasts till 17th August. There were indications that Canelo might fight GGG in September right after serving his suspension. 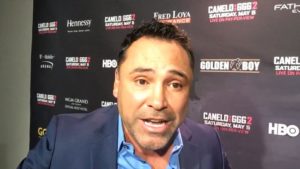 Oscar De La Hoya arrived in New York where he was asked about Canelo’s suspension and his alleged tainted Mexican beef that led to the positive PED test and Oscar confirmed that there were indeed confirmed about the plans of Canelo Alvarez fighting GGG in September.

“Canelo is getting really the short end of the stick here because obviously he’s a popular fighter and a lot of people are gonna hate on him,” Oscar says.

“But he’s been one of the cleanest fighters I’ve known. He’s passed numerous of tests, and you know … it was very unfortunate.”

Oscar is adamant Canelo is NOT a cheater … and says there’s proof Mexican beef has screwed all sorts of pro athletes in the past.

Golovkin is now scheduled to go forward on Cinco De Mayo weekend, when he faces late replacement Vanes Martirosyan at the StubHub Center in Carson, California. To make the Canelo rematch date, GGG will have to walk away with his hand raised and without injury.

“To me it’s bulls**t,” Oscar said … “Once they fight in September, I’ll tell you one thing — Canelo’s gonna freaking wail on him.”

UFC Superstar Conor McGregor said that Lightweight champion and his arch-rival Khabib Nurmagomedov was avoiding to fight him in 2020. Conor McGregor may never get the...
Read more
- Advertisement -