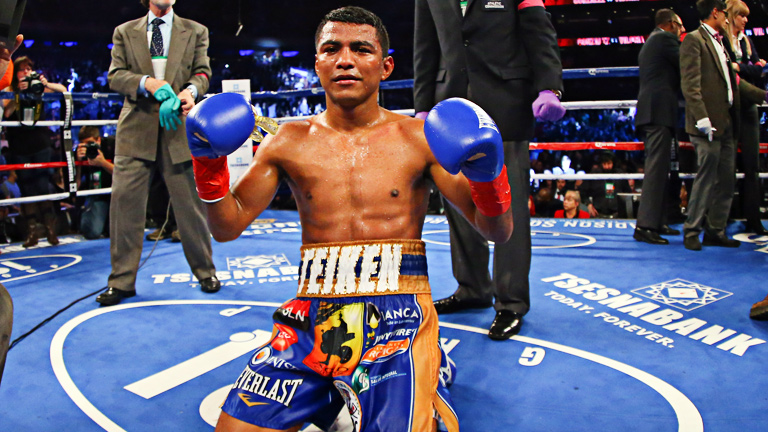 Former P4P king Roman “Chocolatito” Gonzalez who was supposed to return next weekend, on the undercard of Gennady Golovkin vs Vanes Martirosyan, against Pedro Guevara on HBO but was forced to pull out of the fight due to political issues in Nicaragua that caused issues with his visa. It’s unfortunate for Gonzalez who was looking to get back to his winning ways after suffering two consecutive losses to Srisaket Sor Rungvisai. Roman “Chocolatito” Gonzalez was scheduled to fight Pedro Guevara in a 10-round flyweight bout that would open the HBO telecast.

For the time being, Gonzalez will have to wait just a little bit longer to get back in the ring. It’s unclear at this time when he will return. 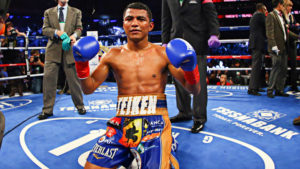 Tom Loeffler told THE RING on Thursday that he was informed by Gonzalez’s manager, Carlos Blandon, that Chocolatito was unable to secure a visa “because of the political turmoil in Nicaragua.”

President Daniel Ortega instituted a 5% cut in pensions and raised contributions on April 18, leading to riots in Nicaragua that resulted in at least 42 people being killed.

The crisis was sparked by proposed changes to the Nicaraguan Institute of Social Security (INSS), requested by the International Monetary Fund, which would entail a rise in social security contributions and a reduction in pensions. This was a guaranteed political flashpoint; government officials have been accused of siphoning off INSS funds for years, and a previous protest at INSS changes in 2013 had triggered what was until this week one of the government’s harshest responses to peaceful protest.

Instead, it will be Cecilia Braekhus who opens the telecast, and in the process, she’ll make history. HBO, in 45 years of televising boxing, has never had a women’s boxing match on its airwaves. Breakhus (32-0, 9 knockouts) will break that barrier with a 10-round welterweight title bout against Kali Reis (13-6-1, 4 KOs).

Braekhus, widely considered the best pound-for-pound women’s fighter in the world, will be defending her title for the 22nd consecutive time, a reign that’s spanned nine years.

“I’ve not fought in America in ten years and this is truly one of the high points in my career and I want to thank my fans all over the world for continuing to push me to great heights,” said Braekhus, a 36-year-old native of Columbia fighting out of Norway. “I know how tough Kali Reis is, and I’m ensuring every step in camp will prepare me for victory.”

The former four-division champion has expressed a strong desire to get back in the ring to try and erase the memory of the devastating knockout loss to Rungvisai last September.

Previous articleWWE: The Rock and John Cena to team up for a film
Next articleBoxing: Gilberto ‘ZURDO’ Ramirez set to return on June 30