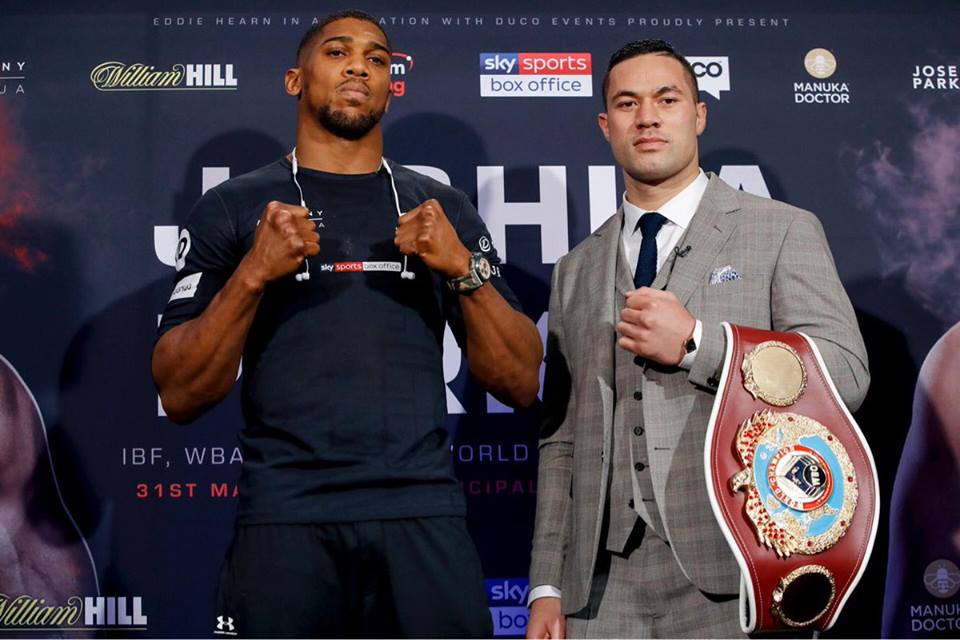 The British Boxing superstar Anthony Joshua, MBE will put his IBF and WBA world heavyweight championship on the line against Joseph Parker who puts his WBO World Heavyweight championship on the line for the biggest heavyweight unification fight of the year on March 31st in Principality Stadium, Cardiff in front of 78,000 fans.Joshua recorded his 20th straight knockout by stopping Carlos Takam in his last fight at the same Stadium in October, while Parker is undefeated with 18 knockouts in 24 professional bouts. A victory would pave the way for Joshua to face undefeated American Deontay Wilder as he bids to become the undisputed world heavyweight champion. 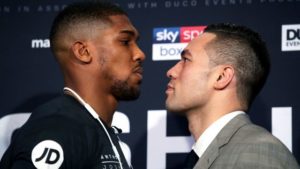 Exact fight times for Joshua vs Parker will be forthcoming later today but from experience, expect both men to be in the ring at the earliest about 10 pm local time this Saturday night.That works out as about 2pm on the West coast in the States, 5 pm in the EST and 3 am IST.

The bout will be shown on Showtime and Sky Sports with the final press conference tomorrow, final public workouts Wed, under card press conference Thursday and the full weigh-in this coming Friday.

An action-packed night with world champion Ryan Burnett also in action, as well as former world champion Anthony Crolla from Manchester and an intriguing crossroads fight between heavyweights David Price and Alexander Povetkin.

The pick of the undercard prospects includes Josh Kelly and Joshua Buatsi.

The latter actually being managed by the man topping the bill, Anthony Joshua.

Previous articleBoxing: Amir Khan hires Joe Goossen as his new trainer
Next articleUFC: Conor McGregor will soon be stripped of his title