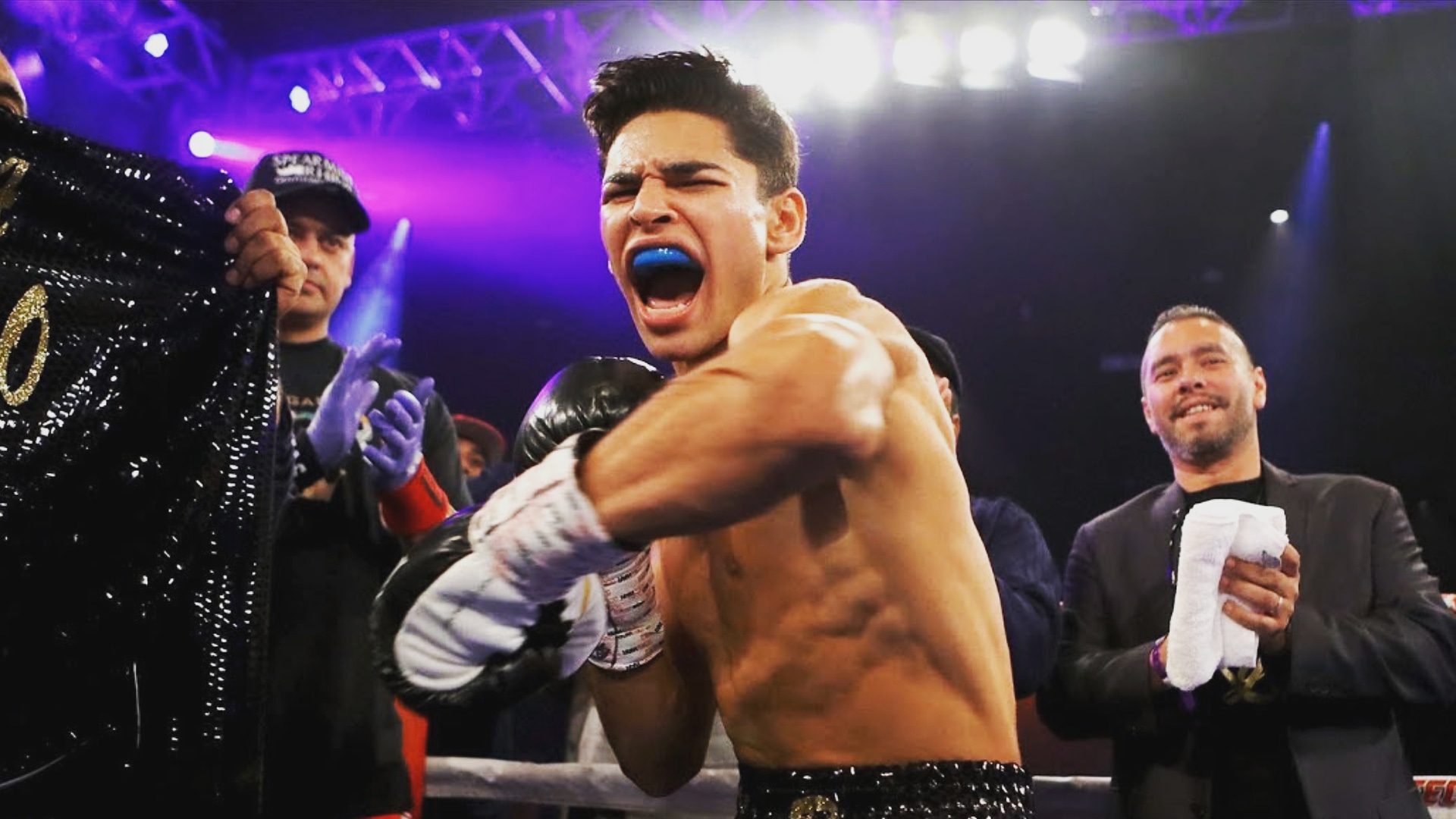 Junior lightweight Ryan Garcia, the flashy 2017 ESPN.com prospect of the year, has designs on fighting for a world title before the end of the year. Ryan has been making waves on social media and is gaining popularity with each passing day and many are dubbing him as the next “Oscar DeLa Hoya”, including the Golden Boy and CEO of Golden Boy Promotion Mr. Oscar De La Hoya himself. His meteoritic rise to fame and capabilities to market himself and sell tickets is very similar to current Boxing superstar Canelo Alvarez when he was 19 years old. 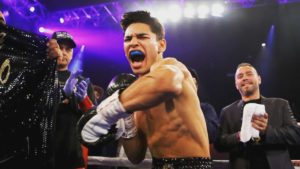 Ryan has been very vocal on social media about fighting  WBA Super Featherweight champion Gervonta Davis and has repeatedly been calling him out. Gervonta Davis wrecked Cuellar in three rounds at the Barclays Center in Brooklyn last week.

In an interview with Boxingscene, Ryan Garcia said,” Like I said, Cuellar was the perfect opponent for him, But I’m ready to fight Gervonta now – I don’t want to wait. There’s no waiting, there’s nothing to be like,’ Oh, I need to chill out.’ No, I will show my boxing skills.”

Many Boxing experts and fans on Twitter and other social media platform believe that it’s too early for Ryan to be fighting Gervonta Davis as he hasn’t fought anyone noteworthy, although he’s scheduled to fight Puerto Rican veteran Jason Velez on May 4th, who by many is considered a minor step up in class but still not enough to compete against Gervonta Davis who has knocked out former world champion Jose Pedraza and former world title challenger Jesus Marcelo Andres Cuellar.

“I will out-box him, I know I will because look, nobody has seen it, yet I can move, my footwork. People say,’why is he so stiff?’ I don’t need to move with these guys. They’re right in front of me and….boom,” Garcia said.

“I’ve been boxing since I was seven years old, I’ve fought so many different styles. It’s not like I’m completely new. I may be young, yeah, I am young – but I know I can do it,” Garcia states with confidence.

Ryan Garcia is no doubt a charming personality and a superstar in making and when the fight with Gervonta Davis happen it will be a massive fight which will generate a lot of interest.