Boxing: Ryan Garcia steps up in class to fight Jayson Velez on May 4 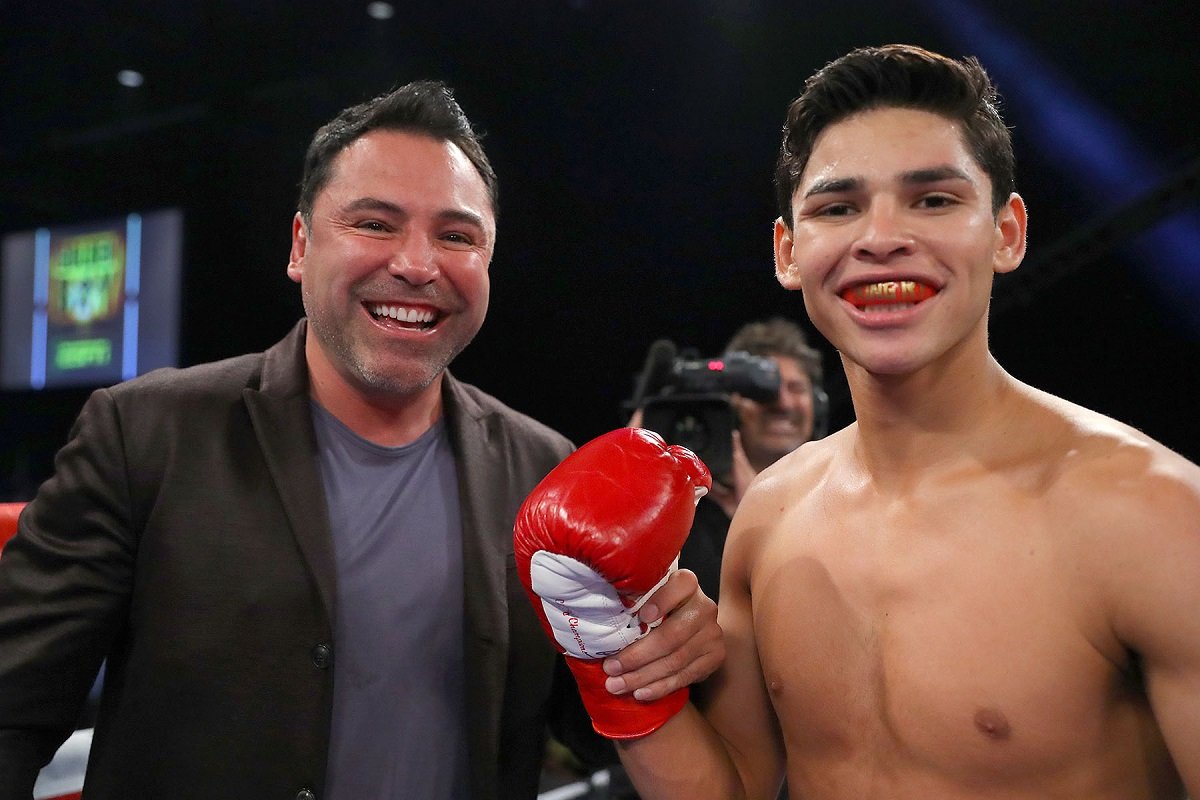 Ryan “The Flash” Garcia (14-0, 13 KOs), the 2017 ESPN prospect of the year and pride of Victorville, Calif., headlines a very special edition of Golden Boy Boxing on ESPN at StubHub Center in Carson, California. Ryan is one of the biggest rising star of Golden Boy Promotions and has already taken over social media by storm.

At only 19 years old, he’s being dubbed as the next future Boxing star and some even comparing him to former Six Divison world Champion and CEO of Golden Boy Promotions Oscar De La Hoya. 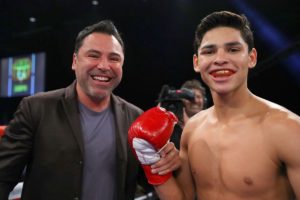 On May 4th, he will fight an experienced Puerto Rican contender Jayson “La Maravilla” Velez (26-4-1) in a 10 round Super Featherweight bout. The card, on which middleweight Gary “Spike” O’Sullivan will be fighting in the co-feature, will air on ESPN2 and ESPN Deportes beginning at 10:30 p.m. ET.

The card, on the eve of Cinco de Mayo, was originally scheduled to take place in Las Vegas as part of a big boxing weekend centered on the rematch between unified middleweight world champion Gennady Golovkin and Canelo Alvarez. However, when Canelo Alvarez failed two drug tests and pulled out of the fight ahead of a likely extension of his suspension by the Nevada State Athletic Commission later this month on April 18, Golden Boy opted to move the show to the StubHub Center.

This is Ryan Garcia’s second time headlining the main event, He headlined his first card on March 22, where is Knocked out Fernando Vargas in the first round on ESPN 2.

“I’m back already and with high expectations,” said Ryan Garcia.”I’m glad to be headlining two times in a row and excited to be fighting in an iconic venue where there have been many wars. I’ve said all along that I was destined for greatness. I’m speaking it to existence, and I will show that on May 4.”

“I will not let my country down as it is a powerful force in boxing,” said Jayson Velez. “If anyone believes that I am only going for the paycheck, they are wrong. As I have proved before, I always give my best and this will not be the exception against Garcia. In the face of all predictions, I will defeat him.”

“Ryan Garcia is going to prove that he’s the next superstar in the sport of boxing,” said Golden Boy Promotions Chairman and CEO Oscar De La Hoya. “After an amazing performance in March, Garcia will now make his debut in an arena that is slowly becoming a legendary battleground for boxing, the StubHub Center.”