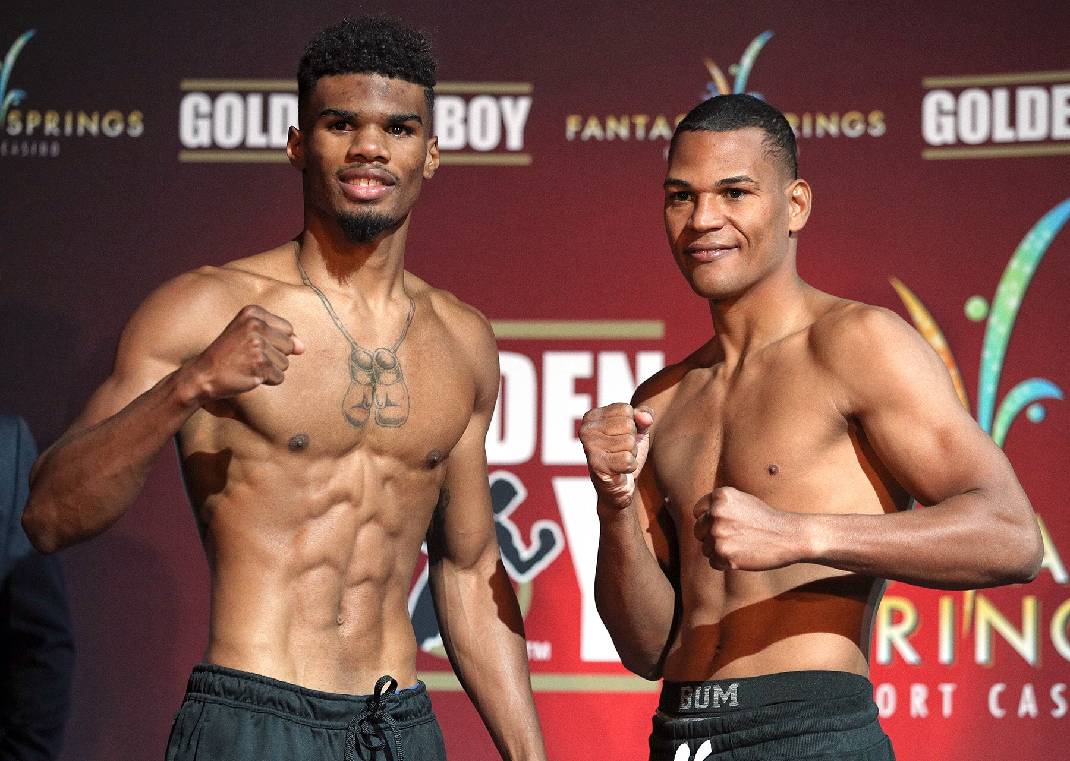 Unbeaten super lightweight prospect Ryan ‘Blue Chip’ Martin (21-0, 12 KOs) scored a fourth round stoppage over Luis Florez (23-9, 19 KOs) in the main event as the first card for the Hollywood Fight Nights show took place at the Avalon in Hollywood, California. Martin opened the bout by patiently picking his spots in the opening round while landing some big shots on Florez. The Columbia native was rocked by a right hand in round three, then Martin, of Tennessee, followed up with a left hook dropping Florez. A big right hand in the fourth round by Martin did it as Florez was down and out. 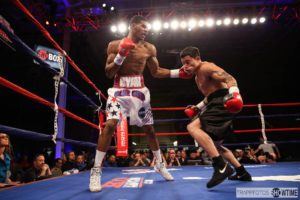 Martin battered and bruised Luis Eduardo Florez, eventually stopping the Colombian in the fourth round before a sellout crowd at the famed Avalon Theatre.

Martin was fighting for the first time since Sept. 16, when he won a 10-round split decision over Francisco Rojo of Mexico. During that fight, Martin suffered a fracture in his right hand, which led to the need of a splint while he recuperated.

The time off did not seem to affect him Tuesday in the headline bout of the inaugural 360 Promotions card. The 2011 Central High School graduate initiated exchanges, putting Florez on the defensive.

Martin (21-0, 12 knockouts) mixed his attack, doubling left hooks to the body or throwing and landing overhand right hands to the head.

The scheduled 10-round bout was fought at the junior welterweight limit. Martin is ranked in the top 10 among lightweights in three of boxing’s major sanctioning bodies.

In the co-feature, welterweight Brian Ceballo (1-0) of New York made his pro debut with a first-round stoppage of Luis Alberto Longoria, (1-1) of Sonora, Mexico. Ceballo busted Longoria’s nose as he cornered him and landed a solid flurry of punches as the referee stepped in to call a halt to the bout in the first round.

Tonight’s card was the first of a new series being presented by Tom Loeffler and his new company 360 Promotions.