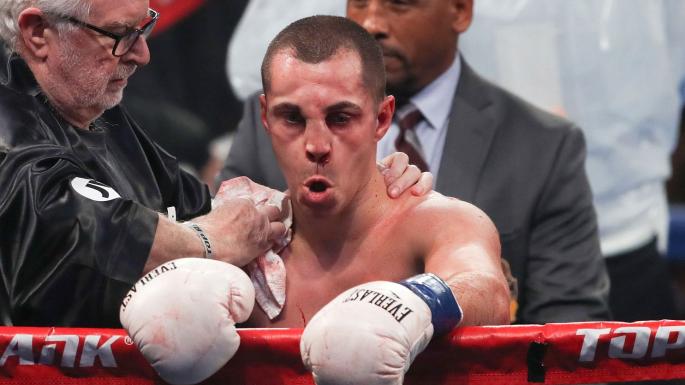 With no apparent opponent in sight for Carl Frampton for his August 18 homecoming fight at Windsor Park a soccer stadium in Belfast, Northern Ireland a familiar foe has offered to help end that search. Scott Quigg, the former WBA super bantamweight champion, who lost a split decision to Frampton in their unification bout two years ago wants another crack at Frampton.

Quigg told the Manchester Evening News for a story published Wednesday night that he’ll gladly fight Frampton again on August 18. That’s the night Frampton is scheduled to fight at Windsor Park, a soccer stadium in his hometown of Belfast, Northern Ireland. 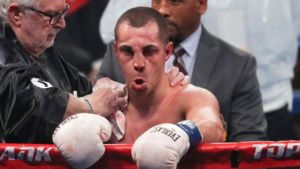 Quigg (35-2-2, 25KOs) is coming off of a unanimous decision loss against WBO featherweight champion Oscar Valdez,  in which Quigg broke the jaw of Valdez in their all-action brawl.

If fights with newly crowned IBF champion Josh Warrington or WBC champion Gary Russell Jr can’t be made, then why not run it back with Scott Quigg? The fight will surely sell over there in Ireland.

As much as Quigg wants to fight Frampton again, he doesn’t think Frampton and promoter Frank Warren would want that fight next. Even if they do, there’s the complicated matter of Warren making a deal with rival promoter Eddie Hearn, who represents Quigg.