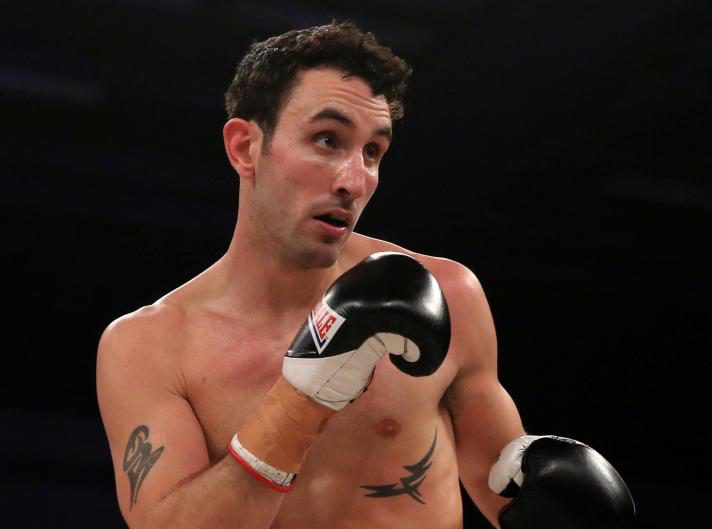 Professional boxer Scott Westgarth has unfortunately passed away at the age of just thrity-one. Combat sports have always been the most dangerous and violent type of sports. While MMA is quite infamously knows as “The Hurt Business”, professional boxing is also one of the most dangerous sports. Concussions and brain damage are regulars for every pro-boxer in the world. However, Westgarth’s untimely demise has left the entire boxing world in shock.

Westgarth was in a barn-burner of a bout against Dec Spelman. The pair put on a boxing clinic and were both showcasing really good technique. They even managed to knock each other down once. In the end, it was Westgarth who got his hand raised on points. Westgarth was visibly in a lot of pain during the post-fight interview and stumbled to the back, before being rushed to the hospital. The event was particularly garnering a lot of mainstream attention due to it being headlined by former Footballer Curtis Woodhouse. However, Woodhouse’s debut bout was cancelled as soon as word about Westgarth’s deteriorating condition reached the organisers.

Westgarth was admitted to Sheffield’s Royal Hallamshire hospital last night. The doctors did their best, however were still unable to save the boxer. The death of the pro-boxer has left the entire combat sports community in deep shock. Fans, pundits and even fellow boxers alike are all currently in a state of shock and grief. The British Boxing Board of Control’s general secretary, Robert Smith was asked to give his statement on the Westgarth’s untimely death. Here’s what he told Reuters:

The entire world of combat sports is currently mourning the loss of a great boxer. Many famous combat sports personalities such as Tony Bellew, Eddie Hearn, Marc Goddard, etc have sent out tweets paying their respects to the late boxer. Here are a few tweets sent out by some celebrities: 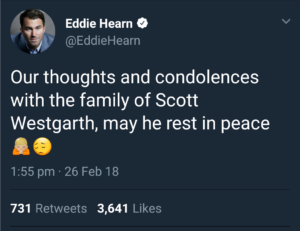 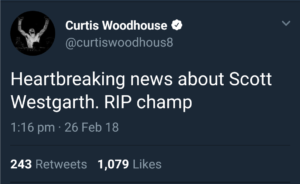 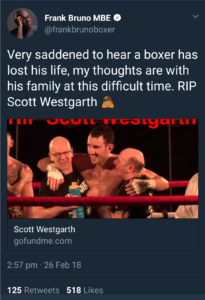 All of us at MMA India pay our respects to Westgarth. May his soul rest in peace.