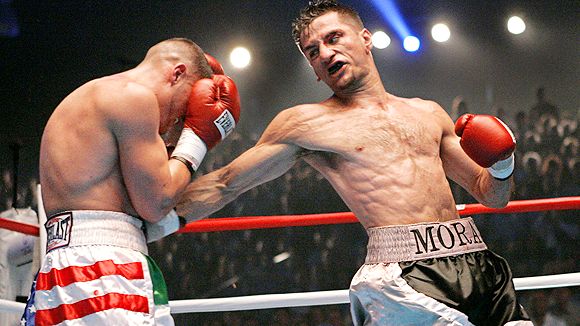 In a fight that might have been notable five years ago, Sergio Mora and Alfredo Angulo instead fought before hundreds off-TV in an eight-round, 168-pound fight. 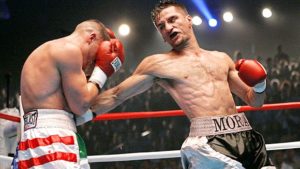 And it was Mora who extended his career, for whatever it’s worth, in an eight-round split decision victory. The former Contender winner banked early rounds fighting off the back foot and survived a late surge from Angulo on Saturday at the Hard Rock Hotel & Casino.

Mora has been out of the ring since dropping back to back fights, both by stoppage, at the hands of Daniel Jacobs. In the rematch and Mora’s last ring appearance prior to tonight, he was stopped by Jacobs in the seventh round in September 2016.

Angulo who coming into this contest had lost four of his last six fights, has been out of the ring since losing an upset decision to Freddy Hernandez in August 2016.

Mora came out on his toes, as Angulo was plodding forward and looking to get close enough to connect. Mora’s faster hands were getting off with solid punches, but nothing that seemed to bother Angulo much. Angulo was attempting to slow Mora down with hooks to the body, but Mora’s left hand was connecting often.

In the eight and final round, Mora stuck to the plan – moving and landing the more accurate shots. Angulo was trying to land a big home run. Mora, who took a few good punches in the final three minutes, has a solid chin and was able to withstand anything that landed flush.

“I landed better, cleaner punches and controlled the fight,” said Mora (29-5-2, 9 knockouts). “My punches were more effective and I was the aggressor. I thought it was unanimous and I won by one or two rounds.

“He never hurt me, but I felt my power hurt him two different times. It was a close fight, but it was the right decision for sure.”

“I thought I clearly won,” Angulo said. “Mora was going backward so much and I would come forward. The problem here was the judges.”

Boxing: Deontay Wilder ready to kill a man in the boxing ring