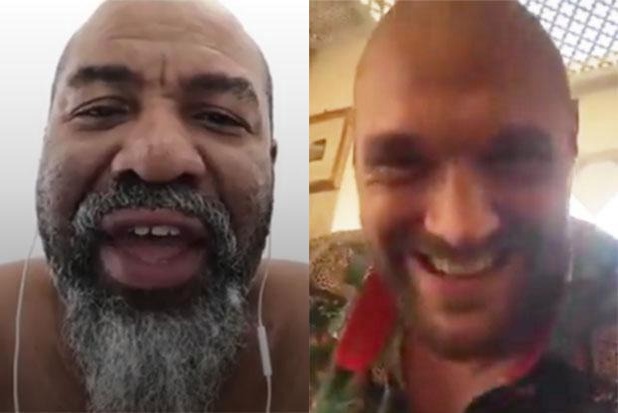 Former Heavyweight champion Tyson Fury broadcast himself live on Social Media to discuss Tony Bellew vs David Haye fight and invited Ex-Heavyweight champ Shannon “The Cannon” Briggs to join the live chat only to find out that Briggs was on the Loo.

“I want you to be very gentlemanly.”

Fury, 29, even claimed he will send a contract for Briggs to sign.

The hilarious clip ends with the American saying: “You heard it here first – September is a go.”

It comes after snooker great Ronnie O’Sullivan was also called out by Fury in a hilarious clip, before responding in typical fashion. 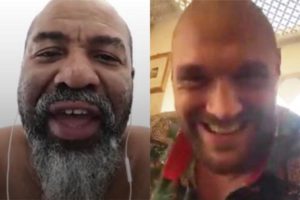 Speaking about the Bellew vs Haye fight Tyson Fury wasn’t too impressed with Tony Bellew’s 5th round knockout win over a shot to bits David Haye last Saturday night, and he’s now saying that he would beat the former WBC cruiserweight champion with both hands tied behind his back.

Fury says he felt sorry for 37-year-old David Haye in watching him get knocked out by Bellew.

Although chances of Bellew Vs Fury happening are very slim as Tyson Fury wants to get in the mix with the best Heavyweights and fight for the world title and Bellew is a blown up cruiserweight who fought an out of prime injured David Haye and also Tyson Fury and Tony Bellew are associated with different promoters and TV Networks.