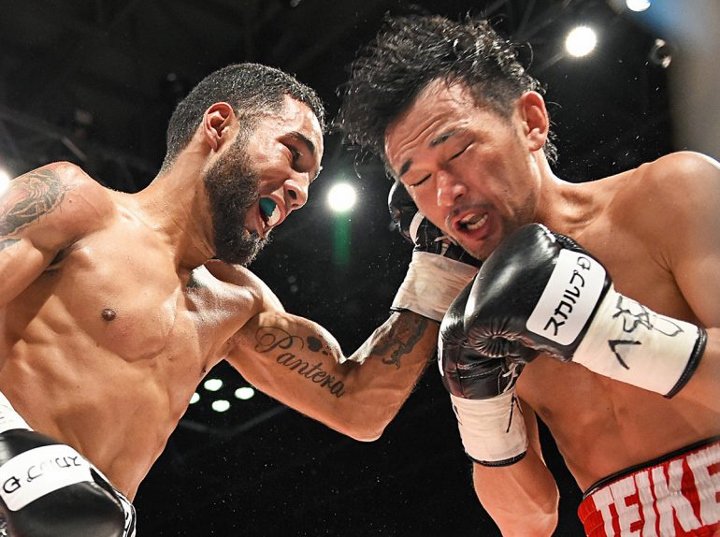 Earlier today in Tokyo the press had the chance to attend a special press conference held by former WBC Bantamweight champion Shinsuke Yamanaka(27-2-2, 19) who officially retired and spoke in depth about his career.
With around 100 reporters in the venue Yamanaka went into detail about his boxing career, which he stated started when he was 15 and ended today. 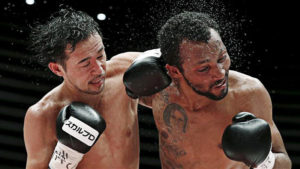 The former champion spoke in depth about his career, stating that his second bout with Anselmo Moreno was his most impressive bout, whilst his best punch was his brutal KO against Tomas Rojas, in what was his second defense.

He was at the press conference not ony by his kids but also Teiken representative Tsuyoshi Hamada as well as WBA Middleweight champion Ryota Murata. Mr Hamada spoke abiut Yamanaka’s early career whilst Murata was there in a more morale based role, as a good friend of Yamanaka.

Although Yamanaka spoke about his career now being over there seemed a very carefree mood about the future. It’s clear he wants to spend time with his kids and family, but other than there, there is no future plans. It’s likely that he’s going to take some serious time to consider his future, but a return to boxing seems to completely off the table, which is something everyone will be happy about given his recent loss to Luis Nery. Luis Nery, who failed to make weight ahead of his WBC bantamweight title match against challenger Shinsuke Yamanaka, was suspended indefinitely by the World Boxing Council

Yamanaka, who boxed professionally for 12 years, will go down as one of Japan’s finest world champions in recent years. Before losing to Nery the first time, Yamanaka made 12 title defenses, one shy of tying the Japanese record for world title defenses set by Hall of Fame former junior flyweight champion Yoko Gushiken in 1980.

Previous articleUFC:Khabib Nurmagomedov reportedly getting paid 4 times as much money as Tony Ferguson
Next articleBoxing: Manny Pacquiao vs Lucas Mattysee in works for July 8