Boxing: Teofimo Lopez back in action on July 14 in New Orleans 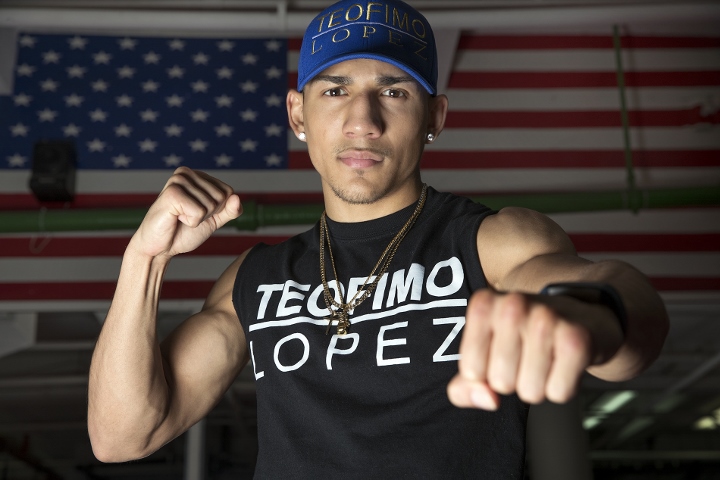 Red hot Top Rank prospect Teofimo Lopez will return to action on July 14th in New Orleans. He will face William Silva of Brazil. The bout will kick off the ESPN card headlined by Regis Prograis vs Juan Velasco at the Lakefront Arena at the University of New Orleans. Lopez, 9-0 7KO, just finished Vitor Frietas in the first round this past Saturday at Madison Square Garden. He is widely regarded by insiders as one of the best up and coming talents in the sport. He was actually my pick for the best prospect in boxing. 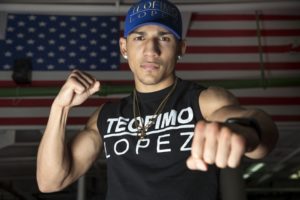 Originally from Brooklyn, NY, Lopez represented his parents home country of Honduras in the 2016 Olympics in Rio. He had qualified to represent America but politics in amateur boxing prevented it.

Most consider Silva, 25-1 14KO, to be a big step up for Lopez as the Brazilian does have more professional experience. His lone loss came to one time “super” prospect Felix Verdejo back in 2016. He’s won back to back lopsided decisions since then and his team is confident.

“We’re extremely excited for the opportunity to get William back on a major platform. Lopez is a very talented fighter and we respect his ability but William has a major edge in experience. He’s improved tremendously since his last big fight against Verdejo and I think the boxing world is in for a surprise July 14.” said Jody Caliguire of Fire Fist Promotions.

One thing Lopez and his team does not lack is confidence as his dad and trainer Junior Lopez said;

“Silva will get destroyed. It looks easy until you have Teofimo Lopez in front of you.”

I believed this time last year he was the best up and coming talent in the sport and I haven’t seen anything to change my mind, the kid can flat ass fight. Tune in July 14th on ESPN to see why he’s all the talk amongst the sport’s insider’s.

Boxing: Manny Pacquiao vs Lucas Matthysse to be live on Pay-Per-View