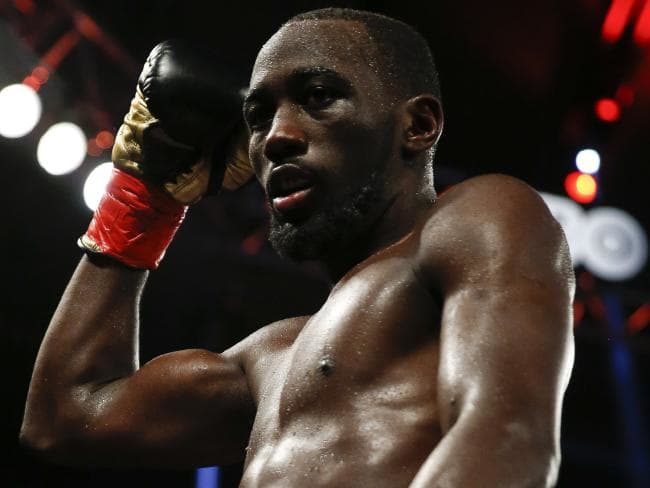 “All my fighters have that attitude of wanting to kill and destroy – seek and destroy because we come from nothing,’’ said McIntyre, a former heavyweight boxer who has guided Crawford to two world championships and is confident he will make it three against world welterweight champ Horn on Sunday week at the MGM Grand Casino. 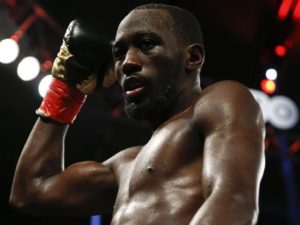 “The pressure’s on Horn but I don’t give a damn where the pressure’s at because Horn’s still getting his ass whipped. I’m gonna look right at his coach [Rushton] and say ‘you a*******’. I tried to tell you that we was gonna win – you been talking all that s***, putting all that s*** in the newspaper – all that s*** on social media and you didn’t have a clue what you were going up against.

“I think Horn and his coach are scared because they know that Terence Crawford is going to whip Jeff Horn’s butt.’’

“The main thing is Horn’s gonna come in there and try to bully me and be aggressive because he feels he’s the bigger man,’’ Crawford said.

“Horn is a decent fighter. I can’t take nothing away from him. He’s made it to where he’s at. Now he’s undefeated, a world champion and he just beat Manny Pacquiao.

“But their little tactics, what they’re doing and what they are saying is not going to get me off my game plan or distract me at all. I feel good I feel strong.

Boxing: Naoya Inoue vs Jamie McDonnell to air live in US on ESPN+

Previous articleBoxing: Jeff Horn says that he is not afraid of Crawford
Next articleBoxing: Frank Warren partners with BBC radio for Fury’s comeback fight