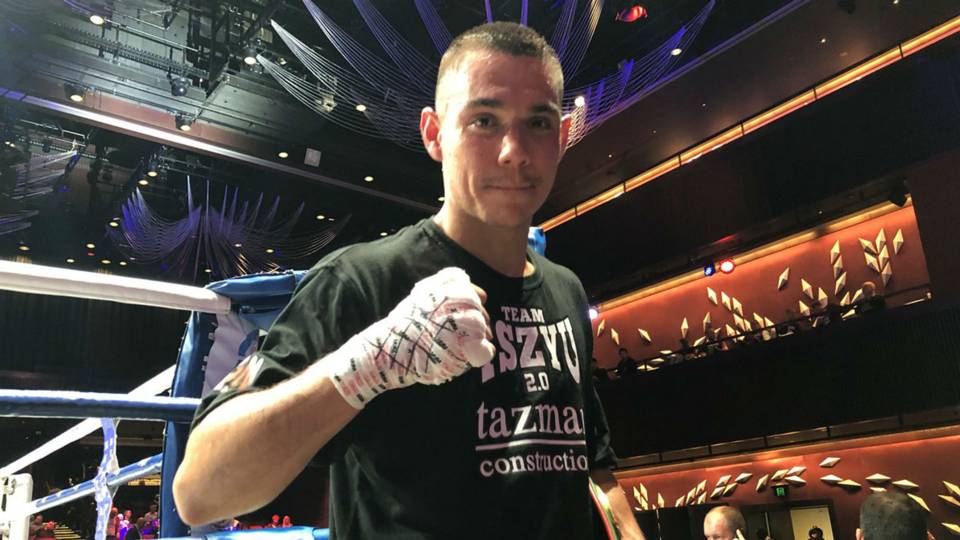 Tim Tszyu has won his ninth professional bout with a fourth-round TKO victory over Indonesia’s Larry Siwu at the Johnny Lewis Boxing Series at The Star in Sydney. Tszyu dominated from the outset, battering Siwu for 10 minutes before the referee ended the action after a knockdown at the start of the fourth round.

“A year-and-a-half, nine wins, no losses, seven wins by knockout – what can you say, it’s a good start,” Tszyu, son of legend Kostya, said afterward.

“I’m here for the long run, I’m very blessed to have the whole of Australia and Russia behind me, it keeps me motivated, so let’s keep the ball rolling.

Tszyu established his dominance from the first 10 seconds of the fight, landing his jab almost at will, before finding a home for a right uppercut as the round wore on.

Tszyu’s seconds kept up a constant stream of instructions in Russian – although “stiff jab, Tim, stiff jab,” must be common to English as well.

Tszyu was in complete control in the second, despite a slip with a minute left in the round. His jab remained on point, and he easily slipped and countered the few shots Siwu threw back his way.

By the third, Tszyu was landing more body shots, but Siwu – knowing the desperation of the situation already – started throwing wilder and wilder punches, connecting with a few wild overhand rights.

A cut opened on the top of Tszyu’s head in the third round, but the Aussie confirmed it was from a head-clash.

“It was a head-clash – it doesn’t look like anything, but I can definitely feel it,” he said afterward.

“It’s boxing, it’s not ballet. What do you expect.”

Tszyu earned a knockdown to start the fourth round and the referee stepped in to end it 44 seconds in.

On show Fight Call Out two weeks ago, Tszyu said he wants to take on Anthony Mundine.

“You’ve had your time, but now it’s my time.

Previous articleBoxing: Kell Brook to return in July and then target Khan or Hurd later this year
Next articleBoxing: Naoya Inoue destroys Jamie McDonnell in first round (VIDEO)