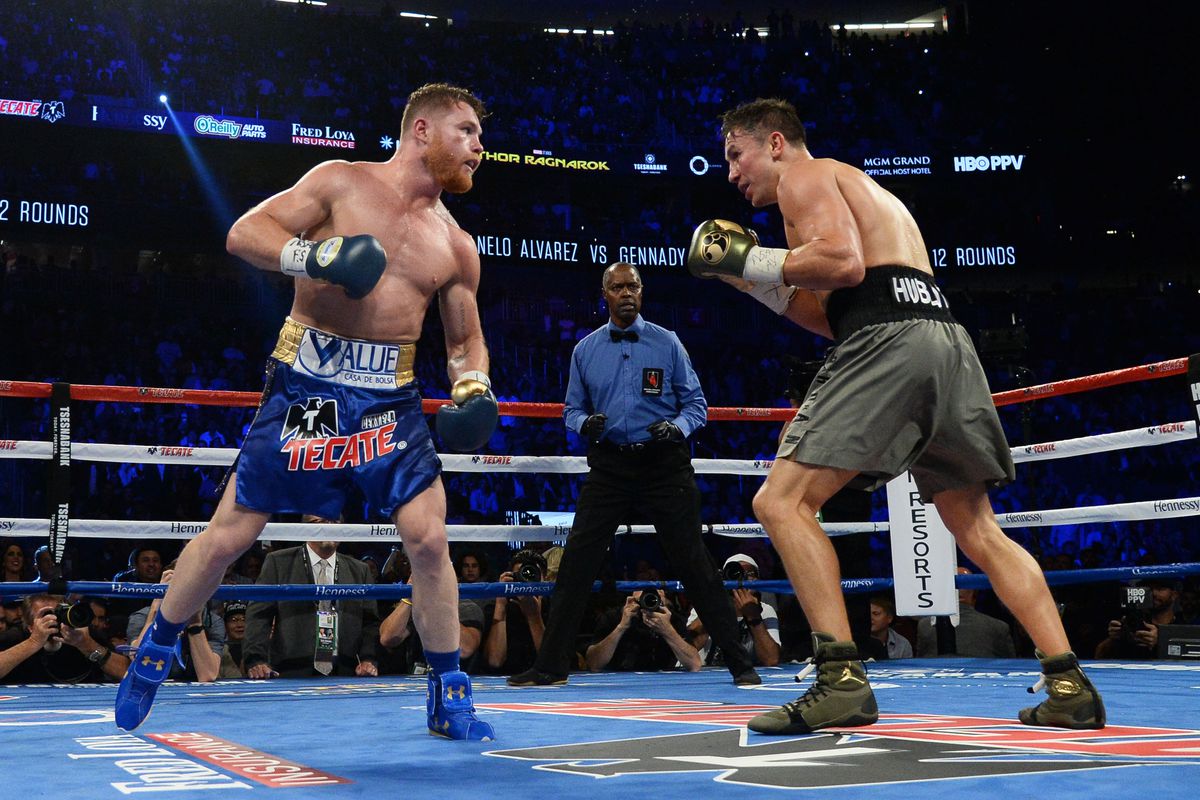 Now that Gennady Golovkin has dispatched of Vanes Martirosyan the attention turns to if he and Canelo Alvarez will have their rematch in September. They were scheduled to meet Saturday night but two failed drug test by Canelo lead to the fight being canceled.

Now that we know how long the suspension is for and that Alvarez will return on September 15th, the only question is will it be against Golovkin. Originally everyone pretty much assumed that is what would happen but recent events have somewhat caused fans to be less than optimistic about the chances of seeing those two in the ring together this year. 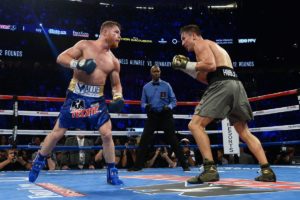 There’s other guys out there for both guys to fight. For instance, Golovkin has mandatory obligations with both the WBC and IBF in which he could fulfill. He has a possible unification showdown with WBO champion Billy Joe Saunders he could go after this fall. There’s a “money” fight for him in Japan if he chooses to go over there and face Murata. But, the reality is that the Alvarez fight is THE fight that is the biggest by far.

Alvarez will be coming off of a year layoff by the time he steps in the ring this September. Will he want to take a tuneup first? Say maybe against Golden Boy in-house fighter Spike O’Sullivan? O’Sullivan turned down a much bigger purse to face Golovkin this weekend to turn around and fight for $20K on Friday night for some reason, right? I mean it don’t make much sense, does it?

Golden Boy and Alvarez could also choose to look towards a Billy Joe Saunders themselves. They have the ability to offer the WBO champion more money after all. But, Golovkin is THE biggest fight for Alvarez as well.

It’s really to early to know for sure what will happen but Golovkin’s promoter Tom Loeffler did tell the media at the Golovkin/Martirosyan post fight press conference that Alvarez vs Golovkin 2 is being discussed between the two sides and that it is without a doubt the biggest fight for either guy;

“I’ve been in contact with Eric,” Loeffler said, referring to Golden Boy Promotions president Eric Gomez. “You know, the first step was to find out exactly how long Canelo was suspended for. That was clarified by the Nevada commission. There seems to be a lot of interest on their side. Naturally, there’s interest on our side. … I’ve been in regular contact with Golden Boy and with Eric and, you know, if there’s a way to make that fight happen – and again, this is a fight where both guys have a huge incentive to make the rematch. Gennady feels, the whole team actually feels, it was a bad decision the first time around. He feels he could’ve done better.We’ll see. I’m talking to Eric and let’s see what it leads to. It’s the fight that makes the most sense for both guys at this stage. But, we’ll see.”

It will be interesting to see which dates Canelo and GGG’s team finalize for the rematch.

Previous articleUFC: Jon ‘Bones’ Jones has not been tested by USADA since October 2017
Next articleBoxing: Dubois V Little and Leather V Davies confirmed for June 23