Boxing: Tony Bellew says he told the referee to stop the fight in the third round 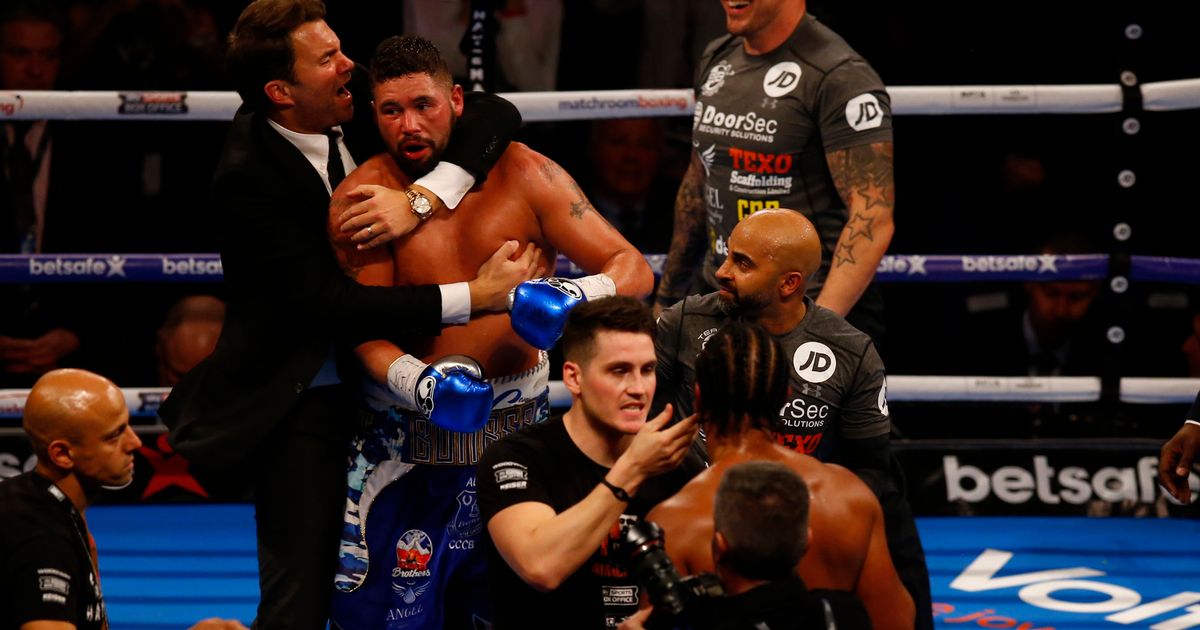 Opponent David Haye looked relatively comfortable in an opening couple of frames but then hit a wall or, should we say, a wall hit him in the form of some devastating shots from ‘Bomber’. Haye was dropped on two occasions in the third round and while he got back to his feet each time, Bellew knew he had the win in the bag. The Liverpool heavyweight Bellew might have needed another few minutes to put his rival away but he’d already advised the referee to call the bout off. 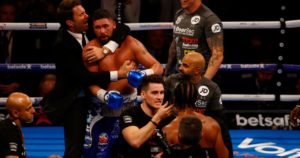 Bellew said: “In the third round, I told Howard Foster: ‘Stop it now!’ I told him to stop it.

“Haye bounced back to his corner and the only reason I gave him a chance in the fourth round was because he’s still so heavy-handed.

“He hits on the back of the head a lot. It wobbles you, man. It shakes your brain.”

Bellew was quite emotional after his emphatic win in the rematch and although he appeared committed to return to cruiserweight following a brief spell among the big boys, the 35-year-old never doubted his power against Haye.

“Tonight he thought he could shake me,” Bellew added. “I’m an inside fighter. I’m a dangerous, big, inside guy.

David Haye has paid tribute to Tony Bellew following his defeat on Saturday evening by describing his rival as a ‘brilliant dance partner’.

Haye is yet to confirm if he will retire following the fourth defeat of his professional boxing career, but the 37-year-old  admits he was beaten by a ‘deserved winner’ in Bellew.

David Haye who is yet to confirm if he’s going to retire ‘We promised the rematch would be another epic battle, and despite not getting the outcome I so desired, it certainly lived up to the hype,’ Haye wrote on Instagram.