Boxing: Tyson Fury is BACK 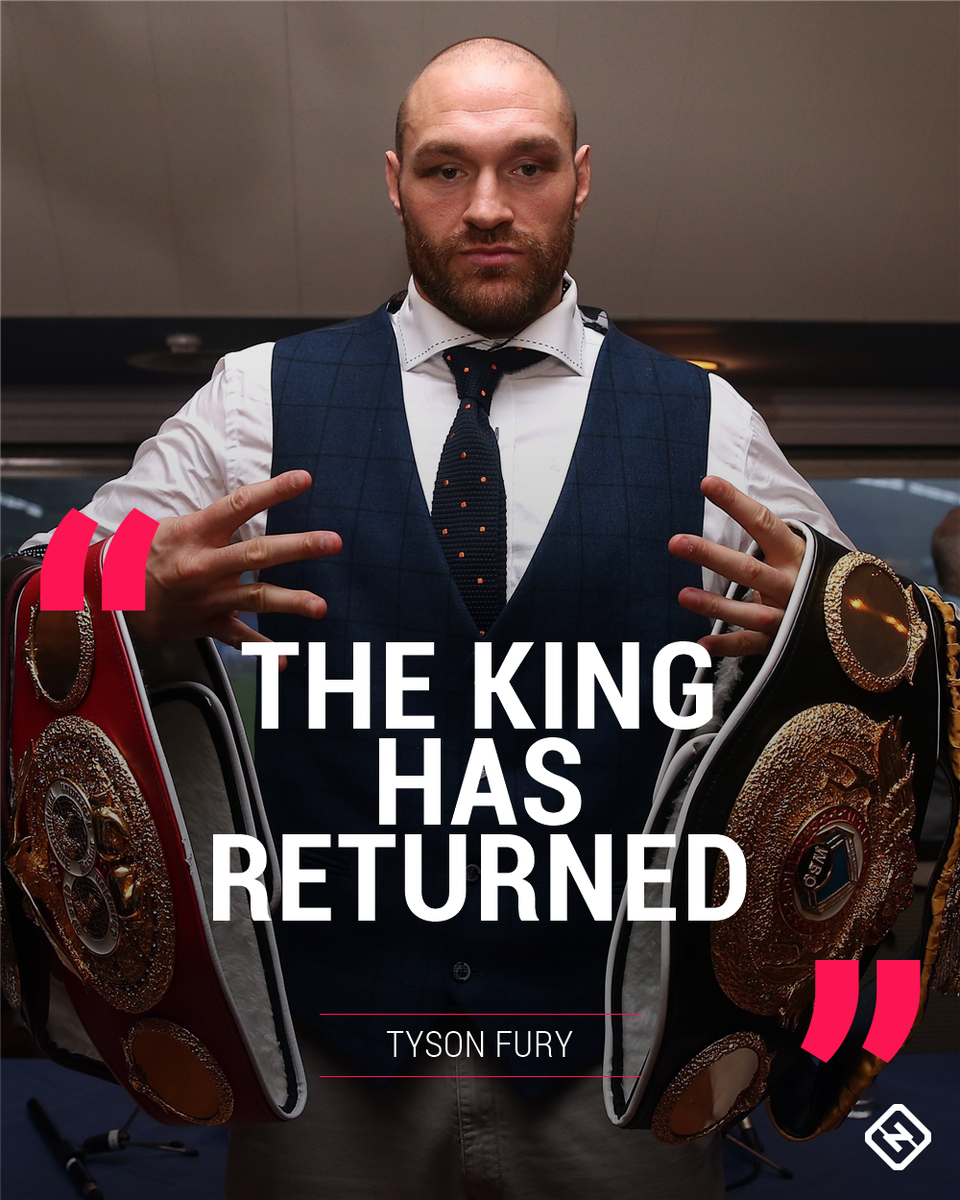 Tyson Fury will make his long-awaited comeback to the boxing ring on June 9 in Manchester Arena and will be trained by Ben Davison. Fury has signed a multi-fight promotional contract with promoter Frank Warren, He will make his ring return against an opponent not known yet.

Fury, 29, has not fought since claiming the IBF, WBA, and WBO world titles from Wladimir Klitschko in November 2015. 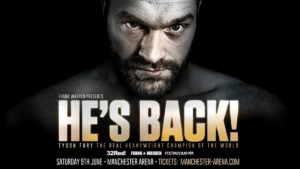 Tyson Fury had agreed on a rematch with Klitschko in 2016 before his struggles with drugs and depression and a charge from UK Anti-Doping led to his withdrawal and his inactivity since.

He was suspended in 2016 amid “anti-doping and medical issues” and accepted a backdated two-year ban in December. However, he had his license reinstated earlier this year and has been training for his ring return ever since.

He’s also targeting a fight with Anthony Joshua who holds the IBF, WBA (super), WBO and IBO belts. Joshua is fresh off bagging the WBO strap after beating the previously undefeated Joseph Parker. Though Team Joshua are hoping to lure Deontay Wilder to the U.K with a mouth-watering unification. The unbeaten American is the current WBC heavyweight world champion.

Tyson Fury’s ring return brings excitement back to the Heavyweight division which is at all time high right now and it would be interesting to see If he’s got the same reflexes and speed he had in the  Klitschko fight.

Previous articleUFC: Jose Aldo vs Jeremy Stephens targeted for an event in Canada on July 28
Next articleWWE: 20 Men confirmed for Greatest Royal Rumble