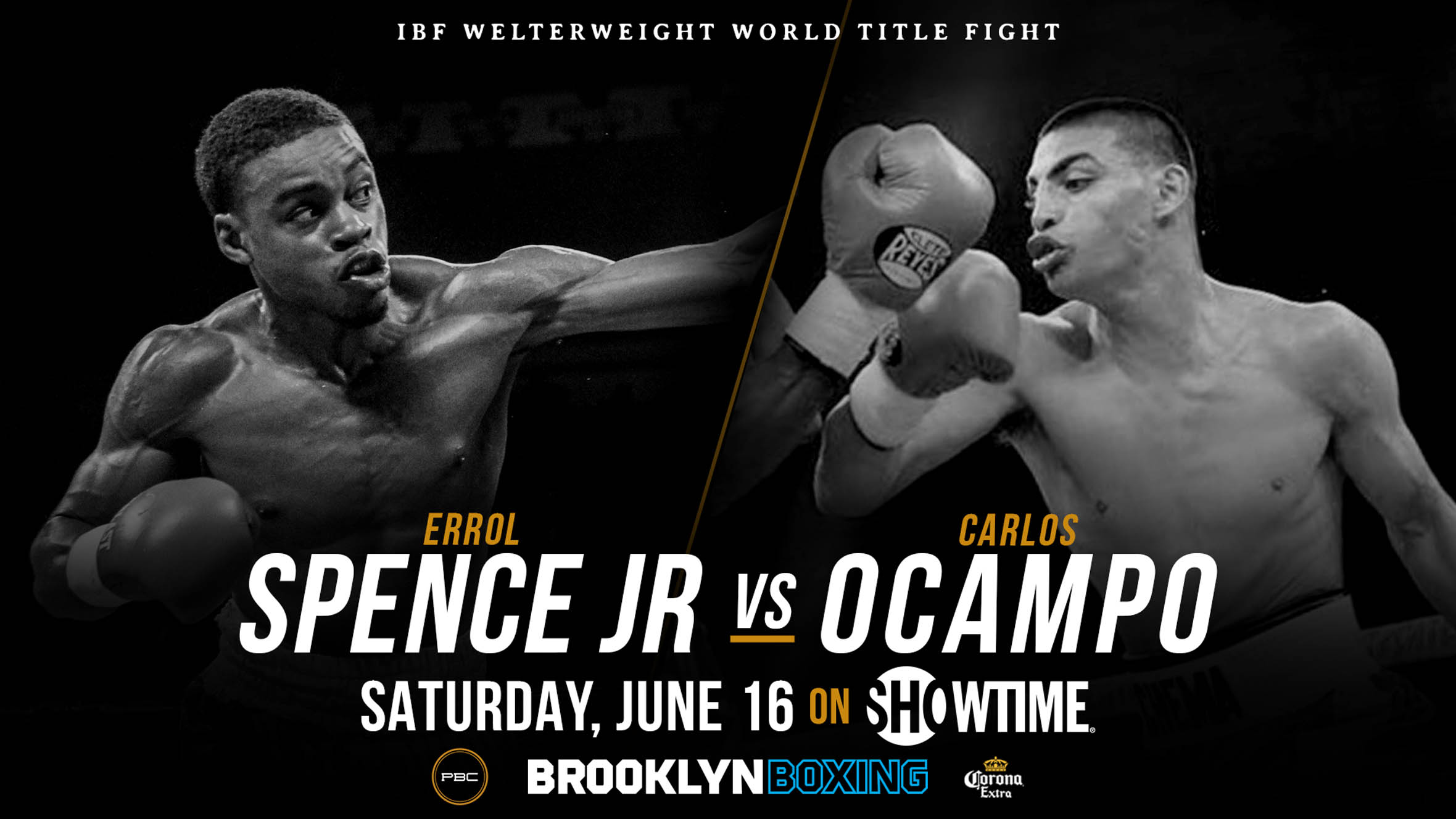 Super bantamweight world champion Daniel Roman will defend his belt against unbeaten Moises “Chucky” Flores Saturday, June 16 live on SHOWTIME from Ford Center at The Star in Frisco, Texas in an event presented by Premier Boxing Champions. This event will also see former world champion Javier Fortuna clashing with Adrian Granados in a 10-round 140-pound special attraction that kicks off the SHOWTIME CHAMPIONSHIP BOXING.
Undefeated welterweight champion Errol “The Truth” Spence, Jr. will defend his IBF world title in a Dallas-area homecoming at the Dallas Cowboys facility against unbeaten mandatory challenger Carlos Ocampo in the main event. It will be the first boxing event inside Ford Center and Spence’s first hometown fight as world champion.
The 27-year-old Roman (24-2-1, 9 KOs) will be making his second title defense of the WBA 122-pound championship he won with a TKO victory over Shun Kubo last September in Japan. The 28-year-old, of Los Angeles, Calif., returned to Japan and made his first title defense with a unanimous decision victory over Ryo Matsumoto this February. 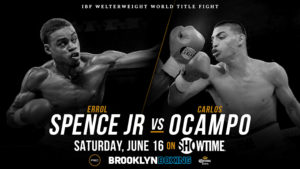 Flores (25-0, 17 KOs), of Guadalajara, Jalisco, Mexico, returns to the ring after a no contest against Guillermo Rigondeaux in a fight that saw Flores hit and knocked out with a shot that was initially called legal, but was eventually ruled to have come after the bell, thus causing the no contest. The 31-year-old scored an impressive win with a decision victory over Oscar Escandon in 2015 that earned him an interim 122-pound title and followed that up with victories over previously once-beaten fighters Luis Emanuel Cusolito and Paulus Ambunda.
Fortuna (33-2-1, 23 KOs) won the super featherweight title with a unanimous decision against Bryan Vasquez in 2015 and enters this fight looking to bounce back from a split-decision loss to lightweight champion Robert Easter, Jr. in January on SHOWTIME. The 28-year-old Fortuna, of La Romana, Dominican Republic, failed to make weight for the Easter fight and will now seek to challenge in the 140-pound division.
The 28-year-old Granados (18-6-2, 12 KOs) has garnered a reputation as a boxer willing to accept all challenges and one who always pushed his opponents to the brink. Fighting out of Chicago, he looks to get back on the winning track with a victory over Fortuna. Last year Granados lost a unanimous decision to former welterweight champion Shawn Porter and a split-decision to four-division champion Adrien Broner. Before those two losses, Granados had put together a five-match win streak that included a TKO victory over Amir Imam.

Previous articleBoxing: Joseph Parker says beating Dillian Whyte will get him world title fights
Next articleUFC 225 Whittaker vs. Romero 2 – Fights to Watch Out For