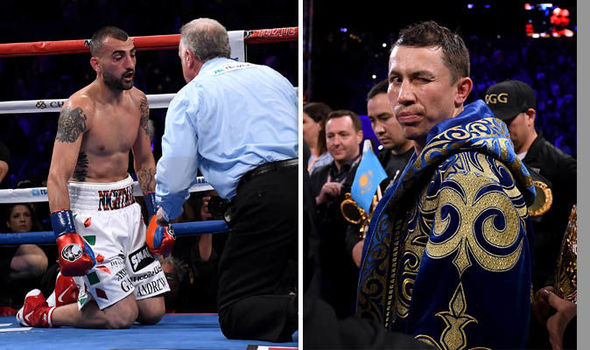 The Armenian Vanes Martirosyan felt the full force of Golokvin’s spiteful punches during a second-round knockout loss this weekend, stepping in for Canelo on just a few weeks’ notice after the 27-year-old’s drugs suspension. Martirosyan had not been expected to trouble Golovkin, stepping up in weight after two years’ absence from the ring, but the nature of GGG’s emphatic victory was an impressive statement regardless. 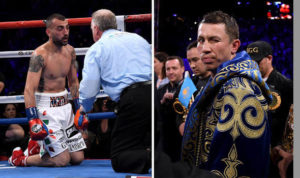 Speaking to reporters in the post-fight press conference, an upbeat Martirosyan was asked what advice he would give Canelo if, as expected, he faces Golovkin next in their rescheduled rematch.

“What surprised me is that people say in his last two fights when he fought Danny [Jacobs] and Canelo, they said he’s declining.

“I said the guy still has a 0 on his record, so why would he be declining?

“As long as he doesn’t have a loss on his record it means he is not declining, it’s just because styles make fights.

“Danny did a good job. Canelo ran from Gennady. If he had stayed in front of him, he would have been knocked out cold.