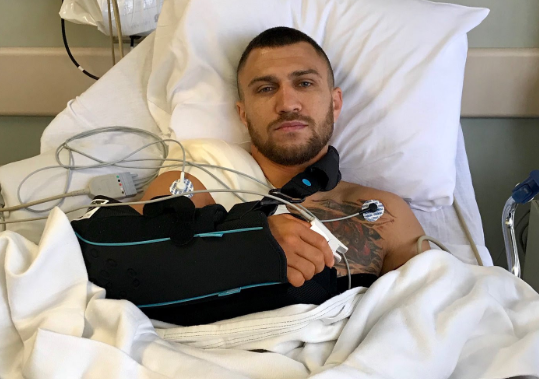 Vasyl Lomachenko underwent arthroscopic surgery Wednesday morning at Cedars-Sinai Kerlan-Jobe Institute in Los Angeles to repair a torn labrum in his right shoulder suffered during the second round of his May 12 bout against Jorge Linares. The surgery, performed by world-renowned orthopedic surgeon Dr. Neal S. ElAttrache, will preclude Lomachenko from fighting Aug. 25 as originally scheduled. Lomachenko will begin the recovery process immediately and is hopeful that he will defend his World Boxing Association (WBA) and Ring Magazine lightweight titles be 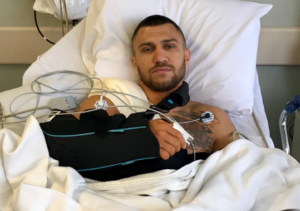 fore the end of the year.

Said Dr. ElAttrache: “Vasyl had the anticipated injuries in his right shoulder, resulting from a dislocation event that he sustained during his fight on May 12. In particular, he had an extensive labral tear, approximately 270 degrees with a small amount of cartilage damage and a bone impaction injury, all resulting in instability of the shoulder. He underwent an arthroscopic repair of the labrum as anticipated with no complications. Based on the result of the surgical repair, we are optimistic for an excellent prognosis and for him to return to competition at his previous level of performance.”

It was rumored that Lomachenko was scheduled to unify the lightweight division by fighting Raymond Beltran and later Manny Pacquiao at the end of the year.