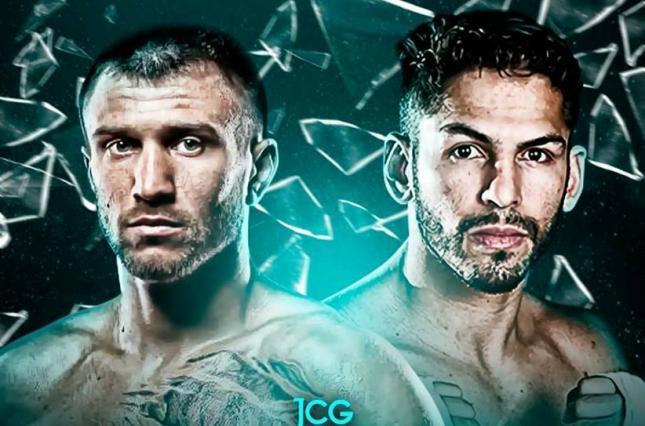 Aspiring pound for pound king, Vasyl “Hi-Tech” Lomachenko seeks to solidify his bid for the throne vs. reigning WBA and RING world lightweight champion Jorge “El Nino de Oro” Linares in a tantalizing tussle on Saturday night. Their styles combined should produce some fantastic fireworks. All eyes are on them with lineal supremacy also at stake. Let’s break it down here.

Maestro Lomachenko (10-1, 8 KOs) brings an element of performance art to the ring. Exemplary footwork, the foundation upon which those artistic flourishes are built. A supernatural ability to combine dizzying pivots and myriad feints in concert subsequently turning his opponents often leaving them at his mercy. Blinding hand speed plus a wide assortment of blows to choose from highlight his unrelenting attack. By varying speed in delivery with such mastery, “Hi-Tech” only further frustrates the opposition. In addition, he displays a seamless transition from offense to defense and back utilizing his extraordinary balance. Outstanding defensive instincts at close range as well as an incredible work rate with numerous tactical tricks make him that much more daunting. Top level conditioning plus a chess grandmaster’s type sixth sense for the sport and people can see why he is widely regarded as the best in boxing. 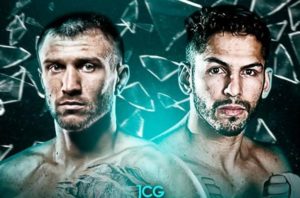 While “Hi-Tech” is undeniably the most difficult test of his career, Linares (44-3, 27 KOs) will be the biggest challenge for Lomachenko since turning pro. This three-division champ rides high on a 13-fight win streak. He can throw blistering hands with a technical brilliance. Cascading punches that flow like a river. A right that is dynamite-laced. Also continued work under Cuban expert Ismael Salas saw steady improvements in Linares’ defense and ringcraft. Factor everything in there and you have a world champion prizefighter.

“El Nino” holds a number of key physical advantages. Among those are size, power and reach. Can he capitalize? If not, he might pay a heavy price. Lomachenko the current WBO Super Featherweight champion and double Olympic gold medalist not satisfied simply with precious metals. By gunning for a 3rd world title in his 12th pro fight, the shifty southpaw aims to carve out a lasting legacy. At 30 years of age his time is now. Conversely, win or lose this will be Linares’ defining moment. With that said, the righty clocks in just about 2.5 years older. A bit war torn yet better than ever.

Several points to keep in mind: Linares’ camp went ahead without Salas as he chose to stay in England working with David Haye. What kind of effect does it have? Will that decision return to haunt him? Lomachenko has forced 4 consecutive title challengers to retire inside the championship rounds. Can he continue this remarkable feat jumping from 130 to 135 lbs? Linares’ face has been somewhat susceptible to cutting in the past. Could that be a factor? So much to consider because Lomachenko is a reflex fighter, but he is less defined by method, trusting in his ability to pick up opportunities on the fly—to incur the offensive risk that he is certain his movement and speed can minimize. He is in constant motion, with almost no predictable pattern as to where he’ll go. His punches are likewise unpredictable, and are thrown in asymmetrical combinations, landing with admirable accuracy to both head and body. He is not a hard puncher, but his punches are telling, and the damage they do is cumulative; his opponents are seldom prepared for what Lomachenko will throw, and so are often nailed by shots they don’t see coming.

Considering all this can Linares dethrone Lomachenko, or The Matrix will make another world class fighter quit.