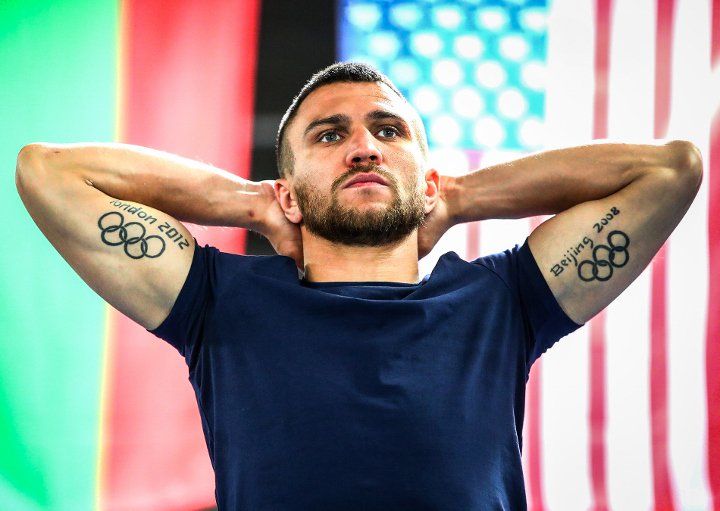 Vasyl Lomachenko is set to meet Jorge Linares on May 12th in Madison Square Garden. Without looking past this fight, he recently stated he would be open to fighting Manny Pacquiao at the end of the year. However, the current WBO junior lightweight champion feels he is not ready to make the jump to junior welterweight but is willing to meet the Filipino icon Pacquiao at a catch-weight of 137 pounds. 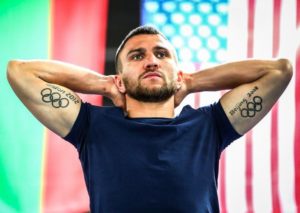 Pacquiao hasn’t fought below the welterweight limit (147 pounds) since he beat Miguel Cotto in November of 2009; a Welterweight Title bout that was made at a catch-weight of 145 pounds.

The last time he fought at junior welterweight (140 pounds) was when he defeated Ricky Hatton by KO in May of 2009. This was the last time he weighed close to the proposed catch-weight of 137 pounds as he weighed in at 138.

It would be a huge fight that does little for Lomachenko at this stage in his career. If he wins, some would say he beat a legend whose best days are behind him. This could open up the possibility for him to receive only partial credit for the victory.

He has shot down talks of a possible bout between the two in the past. This time around he has left the door open for a possibility of the fight becoming a reality.

This could be possibly passing the torch scenario for Vasyl Lomachenko as a win against Manny Pacquiao will catapult Vasyl Lomachenko to Boxing stardom and that seems to be the plan for Bob Arum and everyone at Top rank and Lomachenko’s camp.

It is also to be noted that Manny Pacquiao drained Oscar De La Hoya to 140-pound limit when they fought in 2008 and Manny Pacquiao absolutely battered Pacquiao before stopping him mid rounds.

Could Manny Pacquiao be facing the same fate as Oscar De La Hoya? only time will tell.