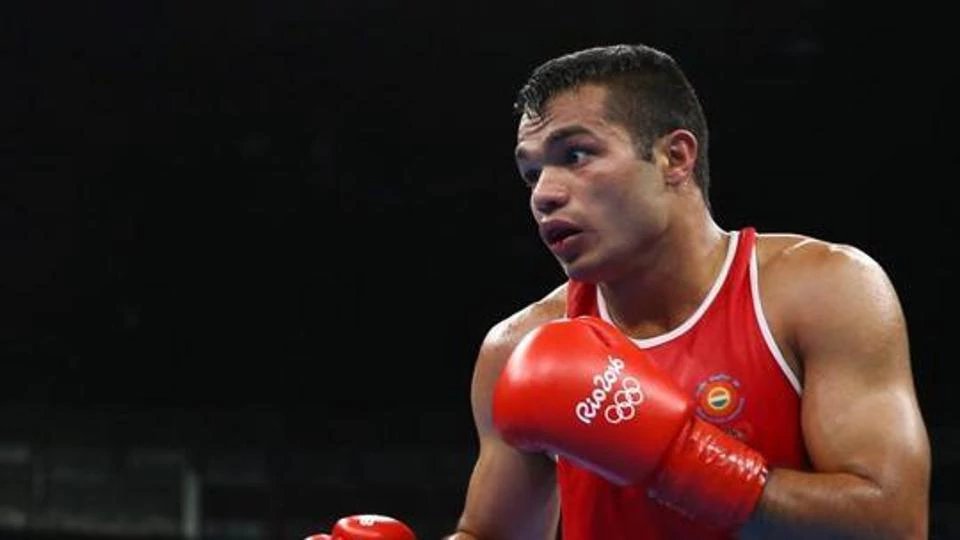 India confirmed yet another medal as Vikas Krishnan Yadav easily outpoints Benny Muzio of Zambia by 5:1 unanimous verdict. Vikas was calm and composed in the first round as he weathered the storm his Zambian counterpart bought with him in the first round as he threw a barrage of Body punches in the opening minute, Vikas was cautious and was forced to fight in the backfoot while landing eye-catching flashy shots on the Zambian. Although the first round was close and could have gone either way, the judges decided to score the round for Vikas as he landed the cleaner and flashier punches. 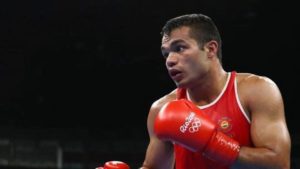 In the second round, Vikas controlled the tempo of the fight as he landed cleaner and accurate punches, although Vikas’s work rate was not comparable to that of his Zambian opponent, cleaner punches easily scored the round for Vikas.

Coming in the third, Vikas showed complete dominance as he cut off the ring really well and landed on the Zambian at will, whereas the Zambian couldn’t land anything of note on Vikas, as he was tight on his defense while throwing calculative punches.

Vikas has now assured himself a Bronze Medal.

Vikas now qualifies for the semi-finals where he will face Steven Donnely of Northern Ireland on Friday, 13th April at 4:02 PM IST.