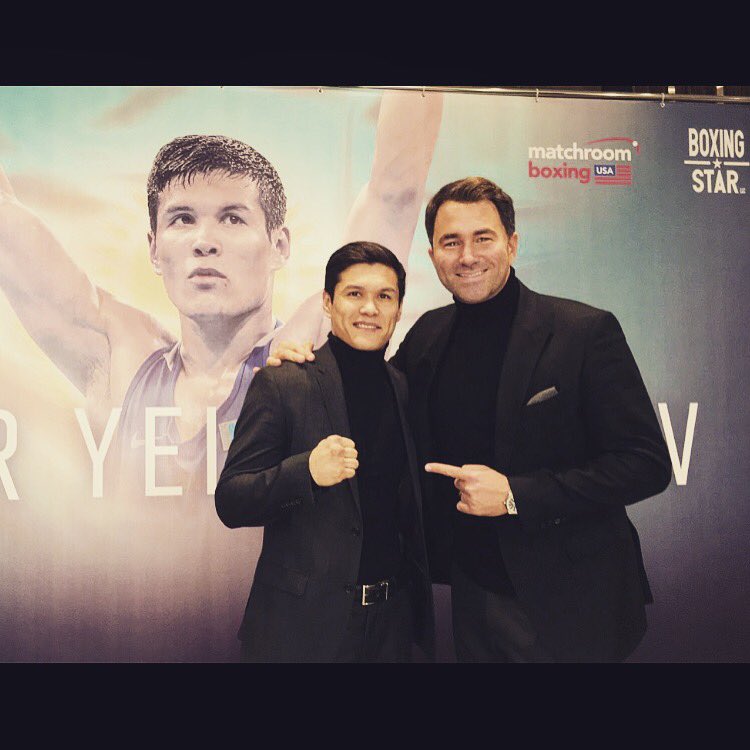 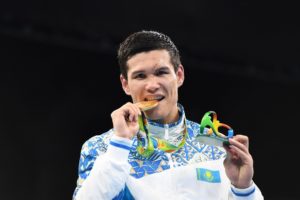 Earlier today it was revealed that former Kazakh amateur sensation  and Olympic Gold Medalist Daniyar Yeleussinov had signed a professional contract, with British promoter Eddie Hearn. Not only that but they have also scheduled his debut on April 28th in New York as part of the undercard for Daniel Jacobs v Maciej Sulecki, which will also feature rising Uzbek Shohjahon Ergashev (11-0, 11)
As an amateur Yeleussinov was a genuine standout, winning Gold at the 2013 World Amateur Championships, the 2016 Olympics, the 2010 and 2014 Asian games and the 2013 and 2015 Asian Championships.

His addition to the Matchroom stable will see him fighting not only in the US, on the April 28th card but also in the UK with Eddie Hearn expecting the Kazakh to make his UK debut later this year. He’s expected to be fast-tracked to the top and could well find himself in the world title mix sooner rather than later.

“I’m excited so to box in the U.S, the U.K and at home in Kazakhstan and can’t wait for my debut in New York on April 28 and beginning my professional journey,” Daniyar said to ESPN.

“I’m honored to win the race to sign Daniyar,” said Hearn. “He is an unbelievable talent and a fighter that can become a huge star all around the World. We are looking to move him at a fast pace, beginning in New York in April before making his UK debut in the Summer. It’s going to be a lot of fun and fight fans are going to love watching this young man go all the way to the top.”

At the moment the full details of his debut, such as opponent, distance, and weight, haven’t been announced but they are expected to be made public in the near future.