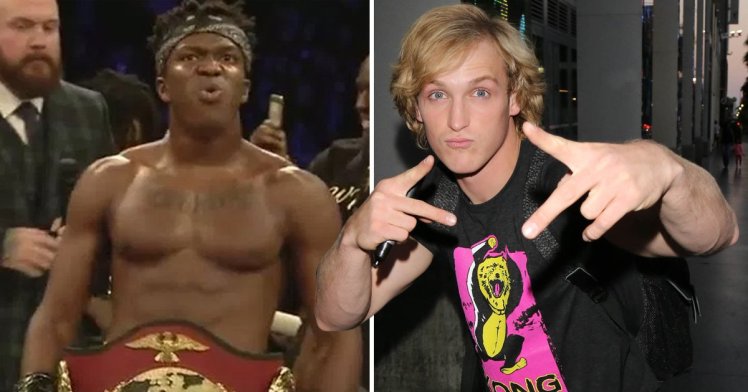 Having coming off a phenomenal knockout victory over Joe Weller last month in Copperbox Arena, London, The British youtube star KSI has repeatedly been calling out controversial Youtube star Logan Paul who was in news last month over clicking photographs and making a video of a deceased person who had committed suicide in Japan.Logan Paul has responded by saying that,” Yes, it looks like I am fighting KSI”.

He also went ahead to say that,”This is going to be the biggest event in YouTube history, possibly the biggest event in history. This is Mayweather vs McGregor.I know KSI wants the fight in England, which is dope; I love England and my English fans, But I’m an American and I want to fight in the US. I’m also going to suggest Dubai, my favorite city in the world, that could be cool”. 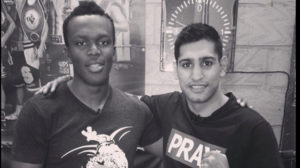 KSI, whose channel has more than 18 million subscribers, visited the world-famous Mayweather Boxing Club in Las Vegas this week for some training under the watchful eye of Floyd Mayweather Sr.

After taking the mick out of the YouTuber’s speed, Mayweather Sr. kindly offered KSI some tips on movement and how to generate power but it wasn’t an entirely pleasant experience because KSI’s toughness was also put to the test in a sparring session with former WBC super middleweight and WBA light heavyweight champion Badou Jack.

KSI was advised to avoid pissing Jack off and he wisely adhered to the warning but he was put on his backside thanks to a body shot from one of Mayweather Promotions’ top fighters.The fight with Paul is expected to generate huge interest and it’s been suggested that Jake Paul, Logan’s brother, will meet KSI’s brother on the same card.

Watch: How Bellator Champion Ryan Bader showed up with two Pikachus at a Basketball game