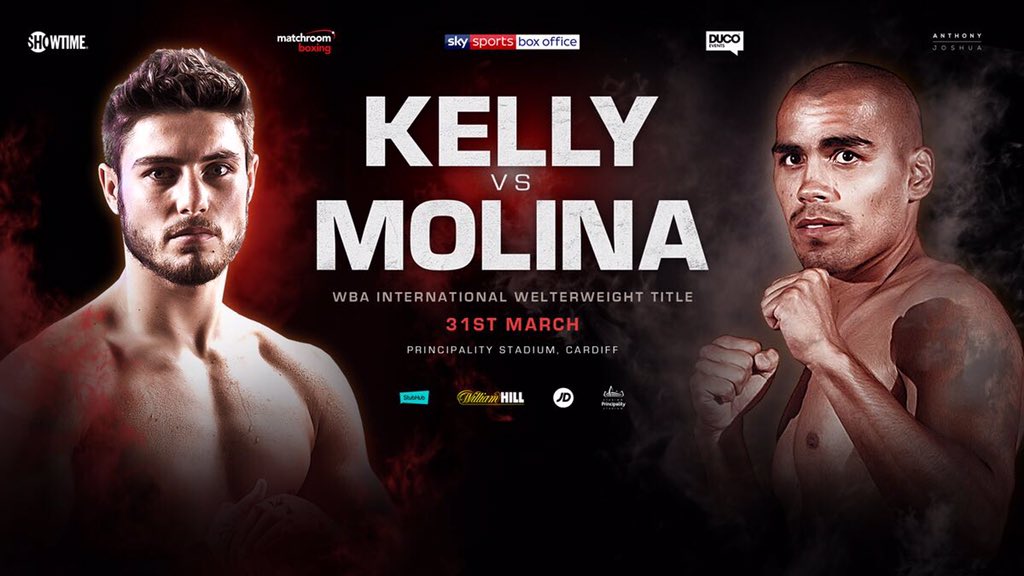 Rising British welterweight talent Josh ‘Pretty Boy’ Kelly(5-0-0) is going to take a huge step up in class. It was announced by Matchroom Boxing that the Newcastle native will take on former world champion Carlos Molina.The fight will take place on the undercard of the hugely anticipated heavyweight unification clash between Anthony Joshua and Joseph Parker in which three of the four heavyweight titles will be on the line. The card, of course, will be shown live on Sky Sports Box office. Kelly will be fighting for his first title, the WBC International Welterweight title in just his sixth professional outing. This will be the first stadium appearance for the Rio Olympian, who turns just twenty-four on this very day. 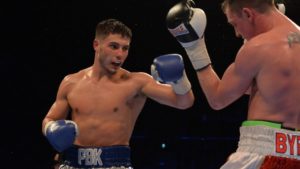 For those unfamiliar with his opponent. Carlos Molina is a former world champion, having briefly held the IBF Light Middleweight title after beating Ishe Smith by split decision in 2013. He has also shared a ring with Cory Spinks, James Kirkland, Kermit Cintron and Cornelius Bundrage. So Kelly will certainly have his hands full with the experienced Mexican.

In an interview with Skysports Kelly said,”Adam Booth said it’s time for me to step up. I feel this is a real test against a proven fighter.He’s a former world champion, so you can’t deny this is my biggest fight to date. I can’t wait to step between those ropes in Cardiff and propel myself into the mix.He’s never been stopped, so it says a lot. Just look at the names on his record that he’s been in with, I know how tough he will be. I want to perform on the big stage. I’m very excited, to say the least.I feel physically, mentally and emotionally ready to take this step up and have been for a fight or two. I’ve learned a lot in the fights and in training over the past year and also got to know myself even more.The learning process never stops, there are improvements to be made with each fight, and every step up, starting March 31.”

This is definitely and a huge step up in class for Kelly and if he triumphs his opponent in the ring, he will move onto bigger and better things as he’s definitely a star in making.