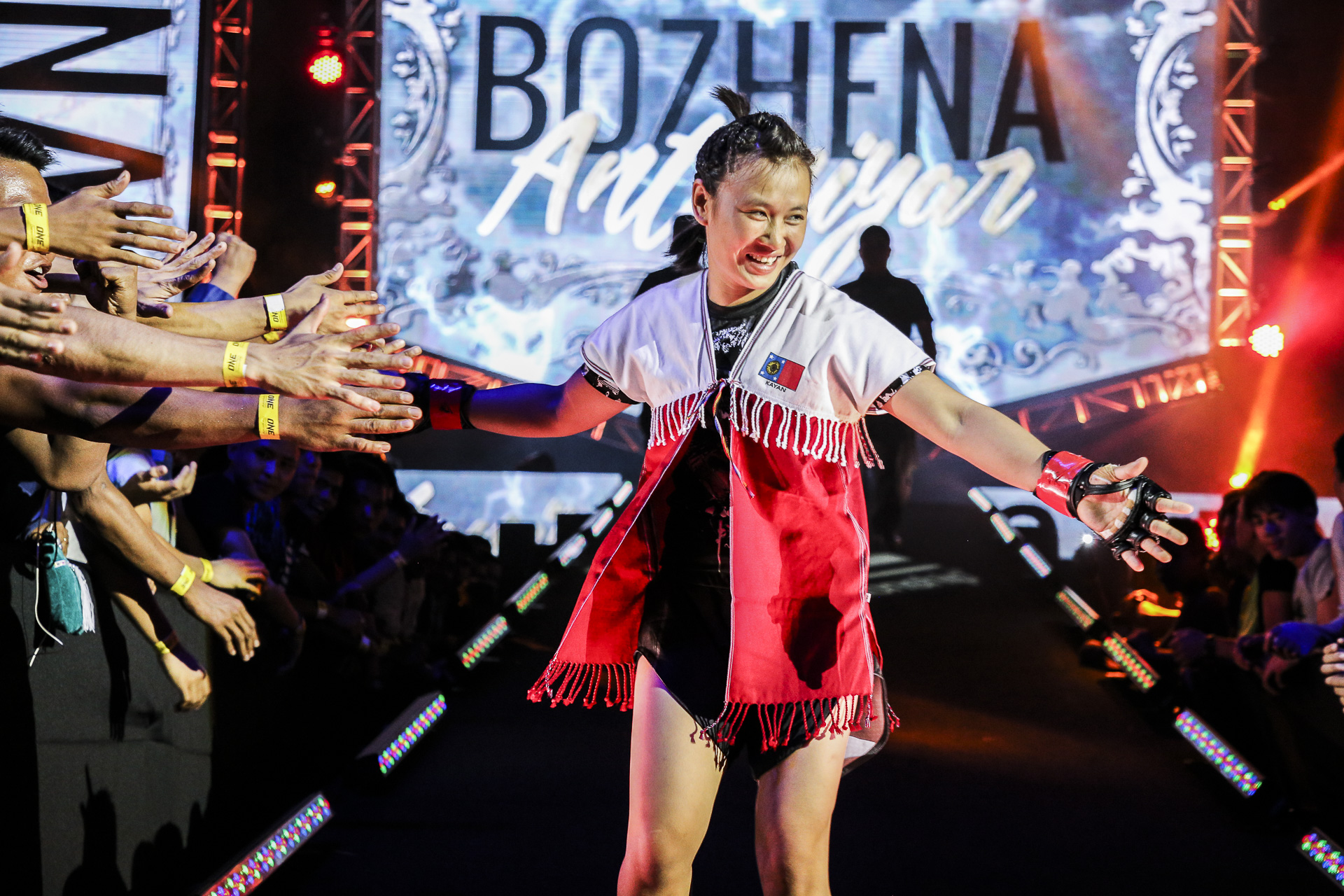 Considering that the local mixed martial arts scene in Myanmar is in its infancy stage, it has already produced two big names on the international stage of competition.

Meanwhile, Phoe Thaw is climbing up the ladder of ONE Championship’s talented featherweight division, winning six-straight outings in thrilling fashion.

With Aung La N Sang and Phoe Thaw spearheading Myanmar’s campaign in the forever-expanding landscape of mixed martial arts, Bozhena Antoniyar desires to follow in their footsteps by replicating their success in the sport.

“I look up to them, especially Aung La N Sang. As I continue my career as a mixed martial artist in ONE Championship, I hope to touch more lives like what Aung La N Sang and Phoe Thaw have done,” she said.

Bozhena Antoniyar made history on her first night as a ONE Championship competitor, not only that she became one of the first two Myanmar female athletes to compete in the promotion, but she also secured the fastest knockout and stoppage win in the organization’s atomweight bracket.

“The night when I made my ONE Championship debut is so memorable to me because I was given an opportunity to showcase my talent on a big stage. It’s a once-in-a-lifetime chance. It’s one of the main reasons that I strived to make a statement on my very first night,” she shared.

Bozhena Antoniyar needed only 24 seconds to finish Shwe Sin, easily converting a quick takedown attempt and then unloading a barrage of shots in rapid-fire succession to compel the referee to stop the contest.

The 23-year-old Yangon native is set to return to action on 6 October as she squares off with Thai martial arts darling Rika “Tinydoll” Ishige on the undercard of ONE: KINGDOM OF HEROES, which emanates from the Impact Arena in Bangkok, Thailand.

Bozhena Antoniyar promises another scintillating performance as she eyes a follow-up to her record-setting victory eight months ago.

“As much as possible, I want to give the fans what they want. They came for an action-packed fight with an amazing conclusion. In my upcoming fight, fans should expect that I would have the same mentality. I will look for that finish,” she guaranteed.

Bozhena Antoniyar believes that her self-confidence will be the key to success as she shares the ONE Championship ring with a more experienced mixed martial artist like Ishige.

“I know she is a good fighter with a good background in martial arts. Plus, she is more experienced than me. But one important key to success is self-confidence. That trait has always been with me in this journey. I look at things optimistically,” she stated.

Despite the seemingly insurmountable odds, Bozhena Antoniyar is confident that she could hosit Myanmar’s flag aloft at ONE: KINGDOM OF HEROES.

“It’s truly an honor to represent my country. I will be entering enemy territory on 6th of October, but I am optimistic that I will get back home and celebrate my victory with my countrymen. This is for Myanmar,” she ended.