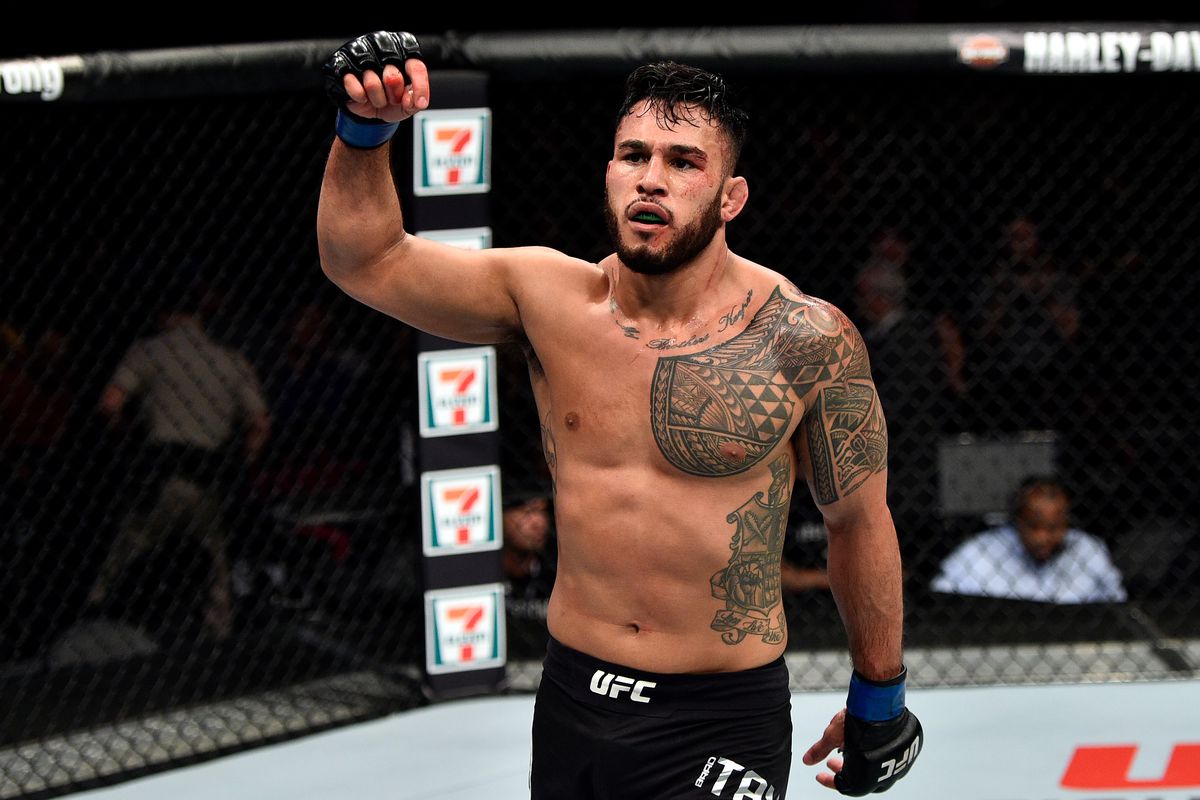 Brad Tavares is finally on the mend. His broken left arm went without the proper treatment for far longer than it should have. The initial X-Ray had not shown a break, but with time it was found later, thereby delaying both his treatment and return to the Octagon. However, he is looking on the bright side of life.

After his fight with Israel Adesanya, Brad Tavares was left with a broken arm — an undiagnosed one at that. Three months later, the diagnosis was different, with the fighter learning that he would be requiring surgery after all. He had surgery three months later than he should have, which resulted in the loss of mobility and strength of the arm, thereby delaying his return to the Octagon even further.

However, Tavares has a positive way to look at it. While he admits that he was frustrated during the process, but he was not unhappy. He currently is healing and recovering, and even looking forward to a possible rematch against Israel Adesanya, as well as getting the title around his waist.

On top of coming away with an arm injury, during his fight with Adesanya, he also had an injured foot, which played a part in the loss.

“I knew that, when I put it back down, I was like, ‘If I kick again there’s a chance that I can’t even stand on it.’ So kicking with the right leg is out of the question. And, for me, leg kicks and my kicks are one of the biggest parts of my game. But I was like, ‘You know what, let’s get through this, though. Let’s go box this guy.’ And didn’t end up working out in my favor. But, like you said, it makes me excited. Because I know I can beat that guy. I know what it takes and what I need to do to beat that guy, and he’s a champion now.”

At this point, Tavares will be looking to return to 100% before he gets to where he needs to be to get a title fight.