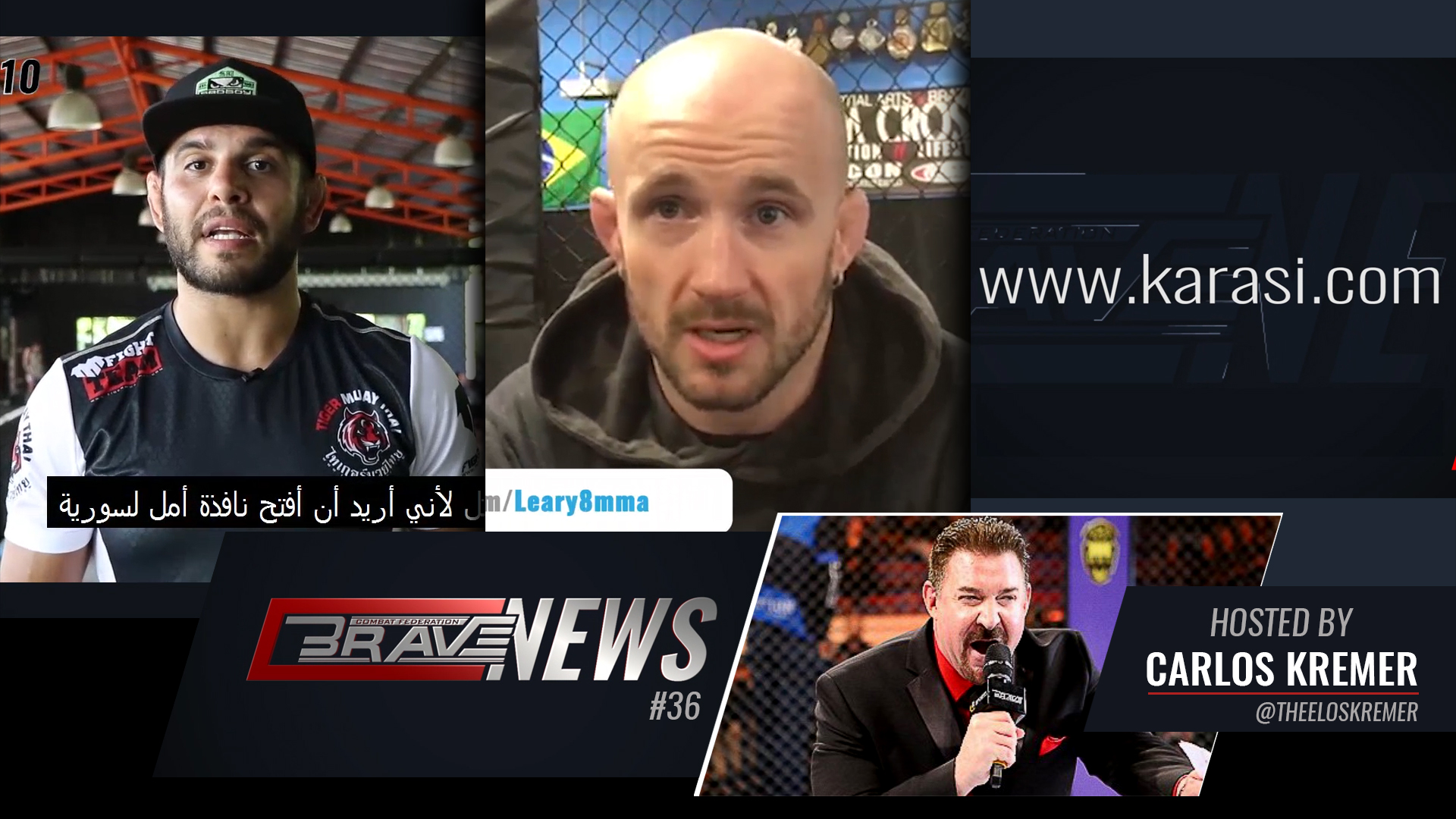 Brave News, the weekly online show that keeps fans around the world updated on everything related to Brave Combat Federation, comes back with updates from the upcoming fight card. Brave 10: The Kingdom Rises is set for Amman, Jordan, on March 2nd, and the promotion has revealed the fight week schedule. Go to BraveFights.com to find out everything about Brave 10.
Before making his Brave debut, Syria’s Tarek Suleiman talked about fighting in Jordan one more time. Suleiman reminisced about his professional debut, which was held in Amman and said that the Jordanian fans are, hands down, the best for Arab fighters. Tarek Suleiman takes on Will Fleury in a Brave 10 Middleweight featured bout.
Ahead of getting into hostile territory, England’s Charlie talked about his upcoming match against Jordan’s own Abdul Kareem Al Selwady and gave an interesting opinion about what to expect at Brave 10. According to Leary, the fact that Selwady will be fighting at home can be a benefit but, at the same time, it can backfire at the “Pride of Palestine”. Leary said he loves to go to his opponent’s backyards and guaranteed he will take advantage of all the pressure and build-up around Selwady’s return to Jordan.
Two Brave fighters have taken the time off to sharpen their skills alongside some of the best Mixed Martial Artists around the world. Former Lightweight title challenger Alejandro “Pato” Martinez helped Donald “Cowboy” Cerrone at Jackson-Winkeljohn’s MMA leading up to his victory over Yancy Medeiros. In Brazil, Lucas “Mineiro” Martins welcomed former Heavyweight champion Fabrício “Vai Cavalo” Werdum at his recently established “Capital da Luta” gym in São Paulo.
https://www.youtube.com/watch?time_continue=2&v=Xm7wq4CK5AI