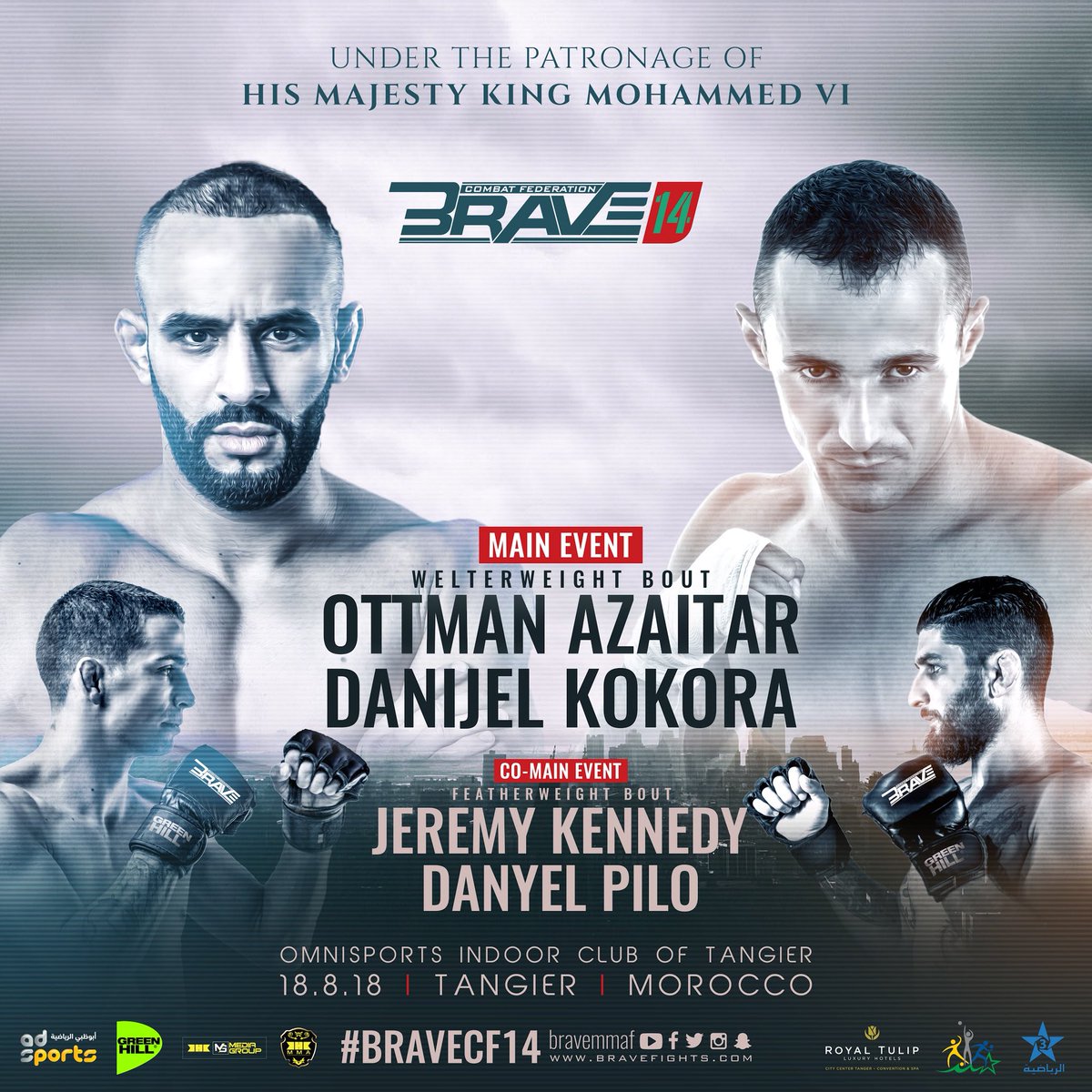 Ottman Azaitar was a late addition to Brave 14 but is delighted to be a part of the groundbreaking event in his home country. Brave Combat Federation’s African debut is set for The Omnisports Indoor Club, in Tangier, Morocco, on August 18th. The local hero will take on Danijel Kokora in a Welterweight bout, which will serve as the main event of the evening.
Speaking ahead of his third Brave bout, the Lightweight champion was thankful for the reception his people have given to the promotion during fight week and promised fireworks on Saturday.
“This is going to be a very, very big event, the first time an international promotion lands in Morocco. I want to thank my people for their support to Brave and for their good luck wishes. It’s a big pleasure to see Brave coming to Morocco. We’re going to have a big and epic event on Saturday, it’s great for me to be fighting in my home country and in front of my people. I want to represent Morocco well”, says Azaitar.
Aside from the main event, Moroccan fans will be in for a treat in other bouts, as Featherweight standout Jeremy Kennedy makes his Brave CF debut against Danyel Pilò, Welterweights Sidney Wheeler and Abdoul Abdouraguimov collide and Felipe Efrain looks for a title shot at Bantamweight against France’s Arnold Quero.